Yesterday, we said goodbye to our friends Patrick and Shanley  after four days of fun and adventure. Yes, Dana and I made it on time to Turks and Caicos, actually with more than a day to spare! We left our buddy boats in Mayaguana and did a bumpy overnight motor sail down to Providenciales (Provo) last Sunday night, arriving at a marina in south Provo Monday mid day.

Patrick and Shanley got a true taste of the adventure. They got to live aboard the cramped but quaint space of Eventyr for four nights. We ate conch until we were sick of it, and we explored different Provo bars and restaurants every night. We lounged on beautiful white sandy beaches and snorkeled reefs. We dined at Coco Bistro, an unforgettable restaurant recommended by friends Dan and Brooke. Patrick and Shanley did some karaoke at Bugaloo's Conch Crawl. We even got to attend a huge fish fry party with Junkanoo dancers and a guy playing the local music, rake and scrape, with a saw and screwdriver. It was almost perfect! 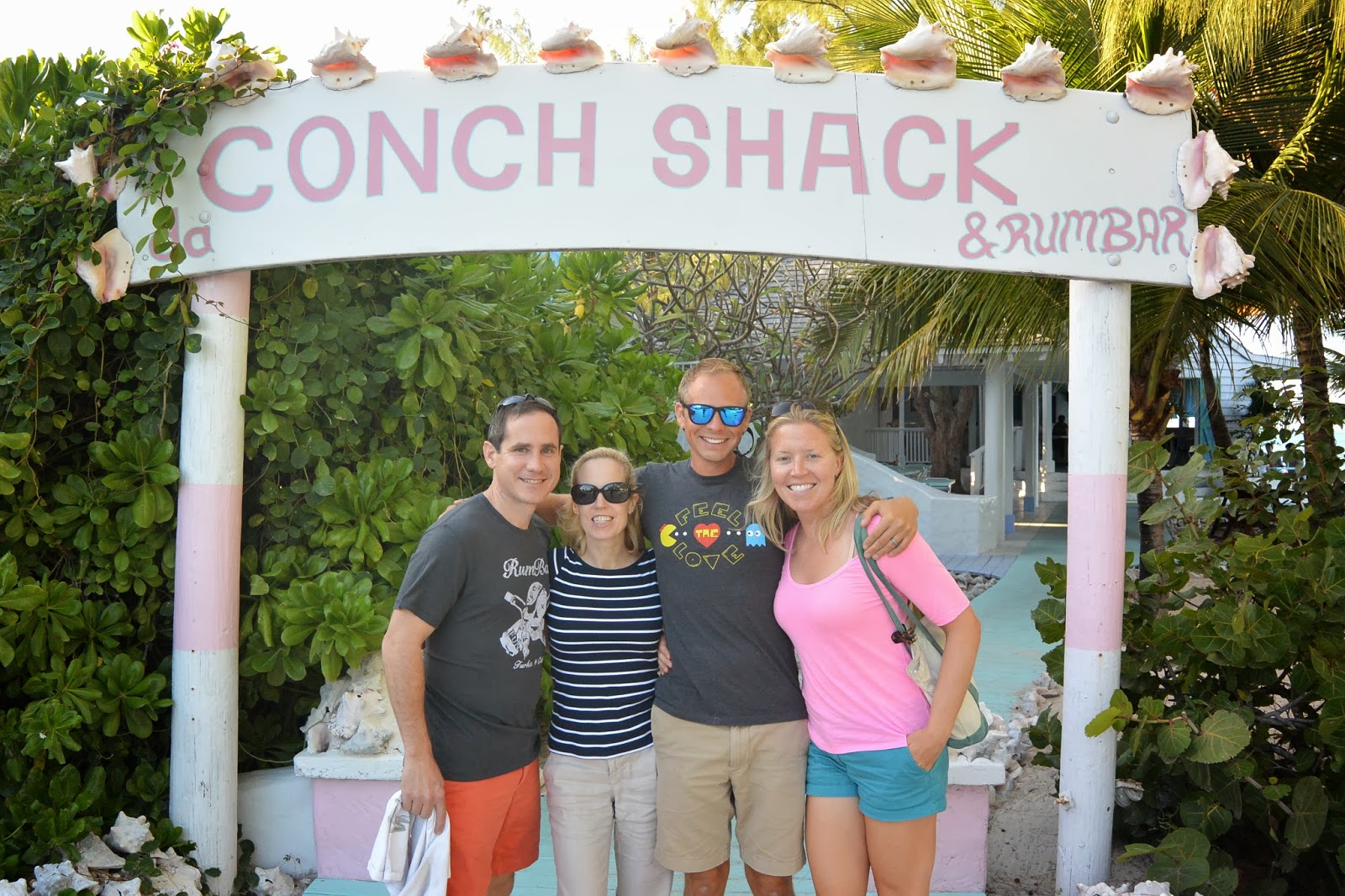 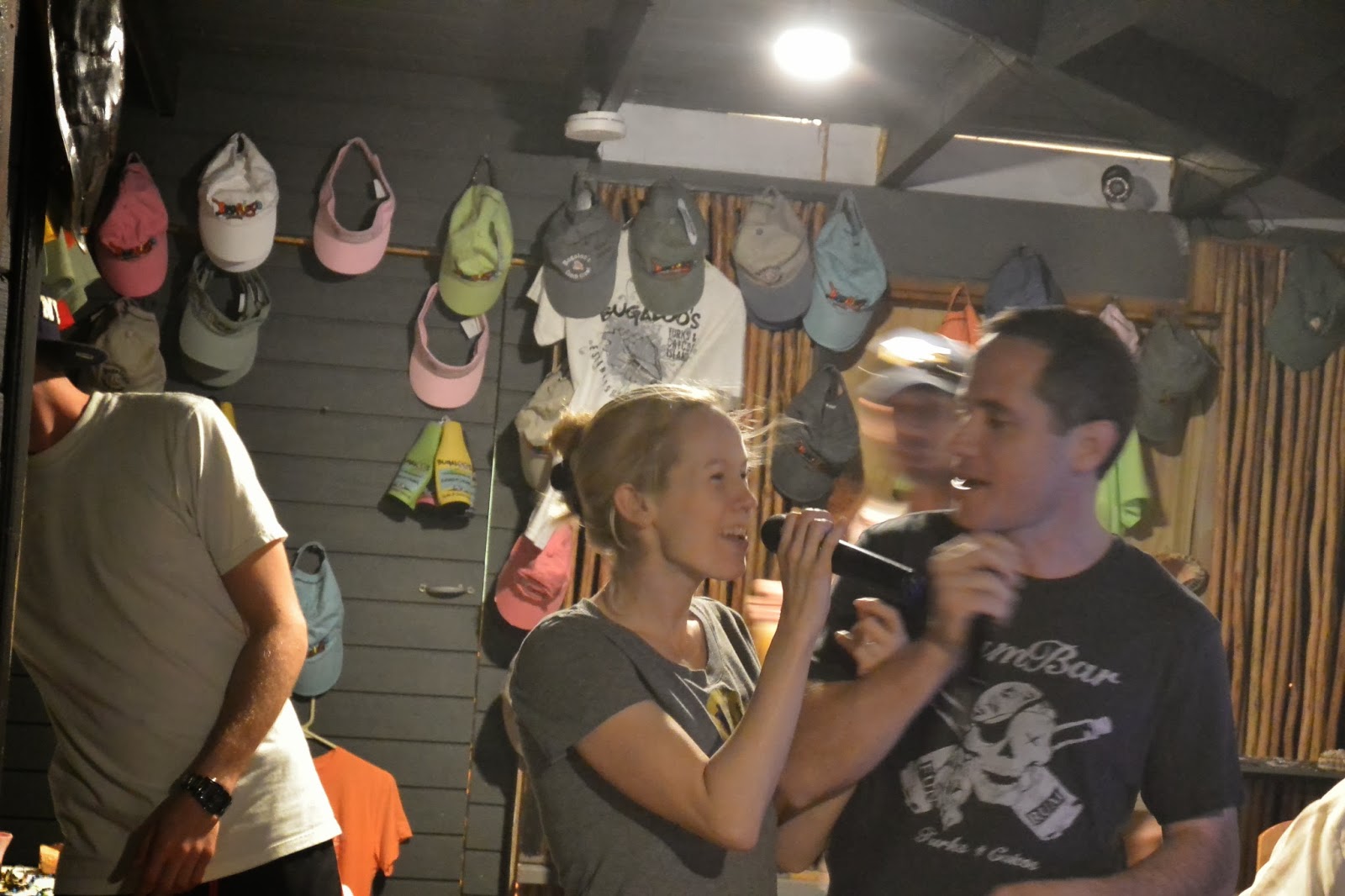 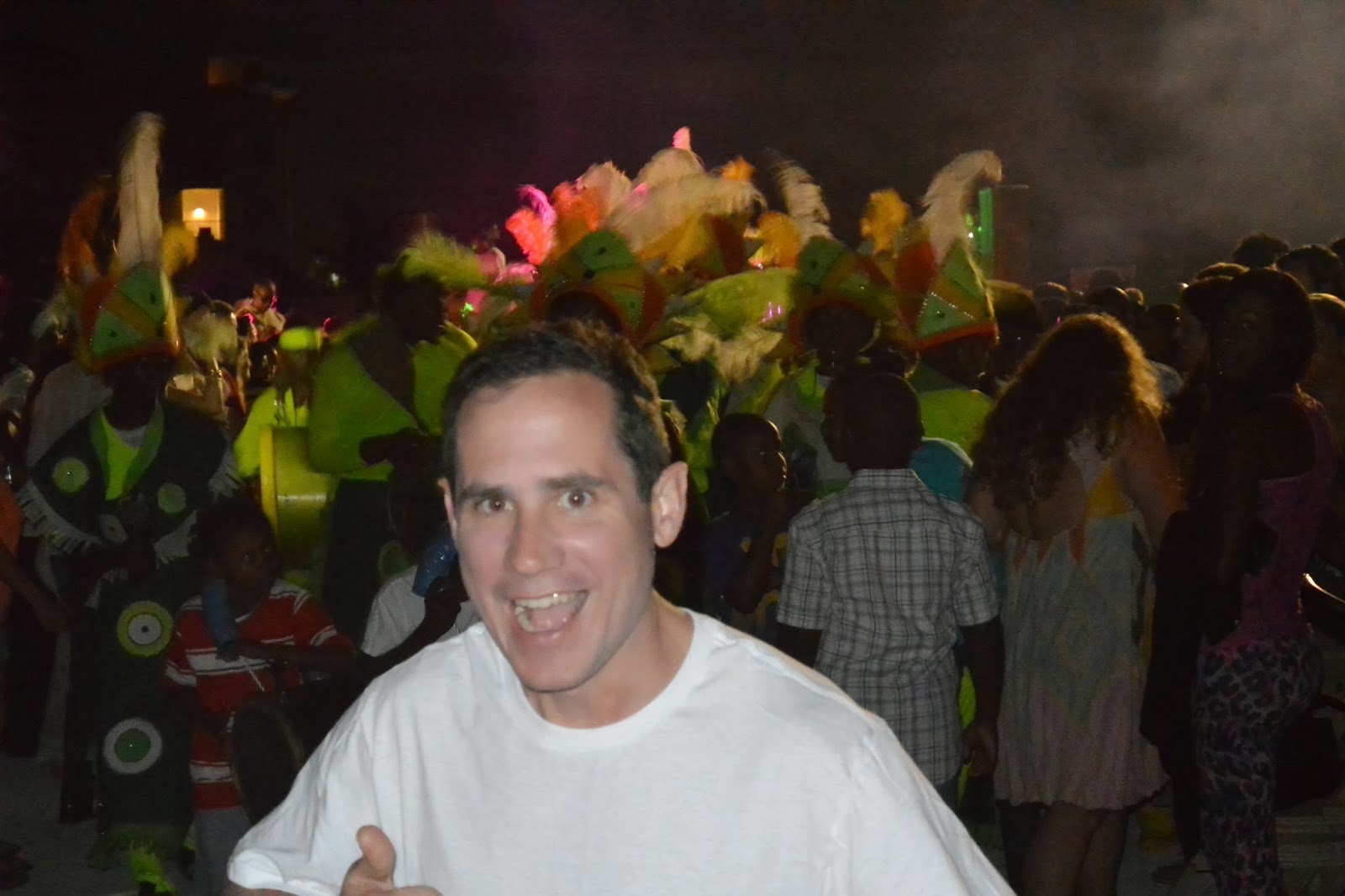 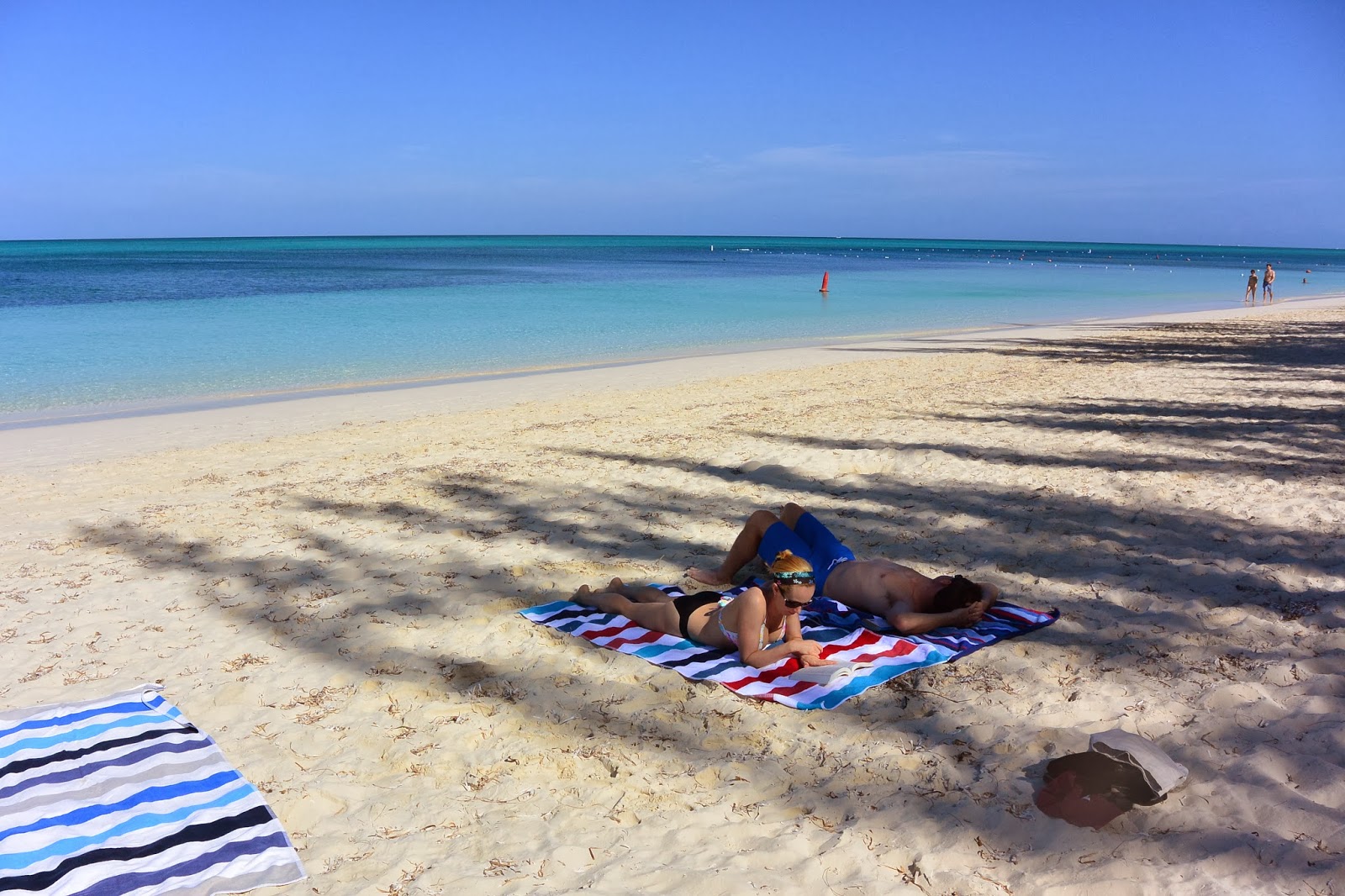 I say almost because as with most aspects of this adventure, nothing works out quite the way it was planned. Patrick and Shanley stayed with us the first night at the marina and the next morning we had a pleasant three or four mile run and then fired up Eventyr’s engine to motor over to a picturesque anchorage for the night. The plan was to leave that anchorage the next day and sail over to West Caicos, an uninhabited island, where we could snorkel and fish.

This is where our outboard engine problem comes into play. Was the outboard sputtering and dying again? Was it having trouble starting? Nope, the problem involved outright losing the outboard into the deep blue sea. While towing the dinghy several miles from the marina to the anchorage over rolly seas, the outboard (which I had forgotten to tighten down), fell off the back of the dinghy. The problem is, none of us noticed until we had already anchored and Dana asked nervously, “Where’s the outboard?” Somewhere between the marina and Sapodilla Bay, that little bugger decided to go for a swim. Despite retracing our route using our chartplotter and heading out twice more to search for it, the outboard appears gone forever.

Without an outboard, we had no way of getting all of us to shore, so we had to head back to the marina for the rest of their stay. That meant no fishing from the boat, snorkeling at an uninhabited island, or sleeping at anchor. But, as fate would have it, a sailboat pulled in later that day that had an extra outboard to sell. Also, Luke, our neighbor in the marina offered to take us out on his fishing boat for wahoo fishing and snorkeling by West Caicos. In fact, the day with Luke turned out to be fantastic, even if we did only catch barracuda. Patrick decided to show his fishing prowess later that night by catching a few snapper from the dock. 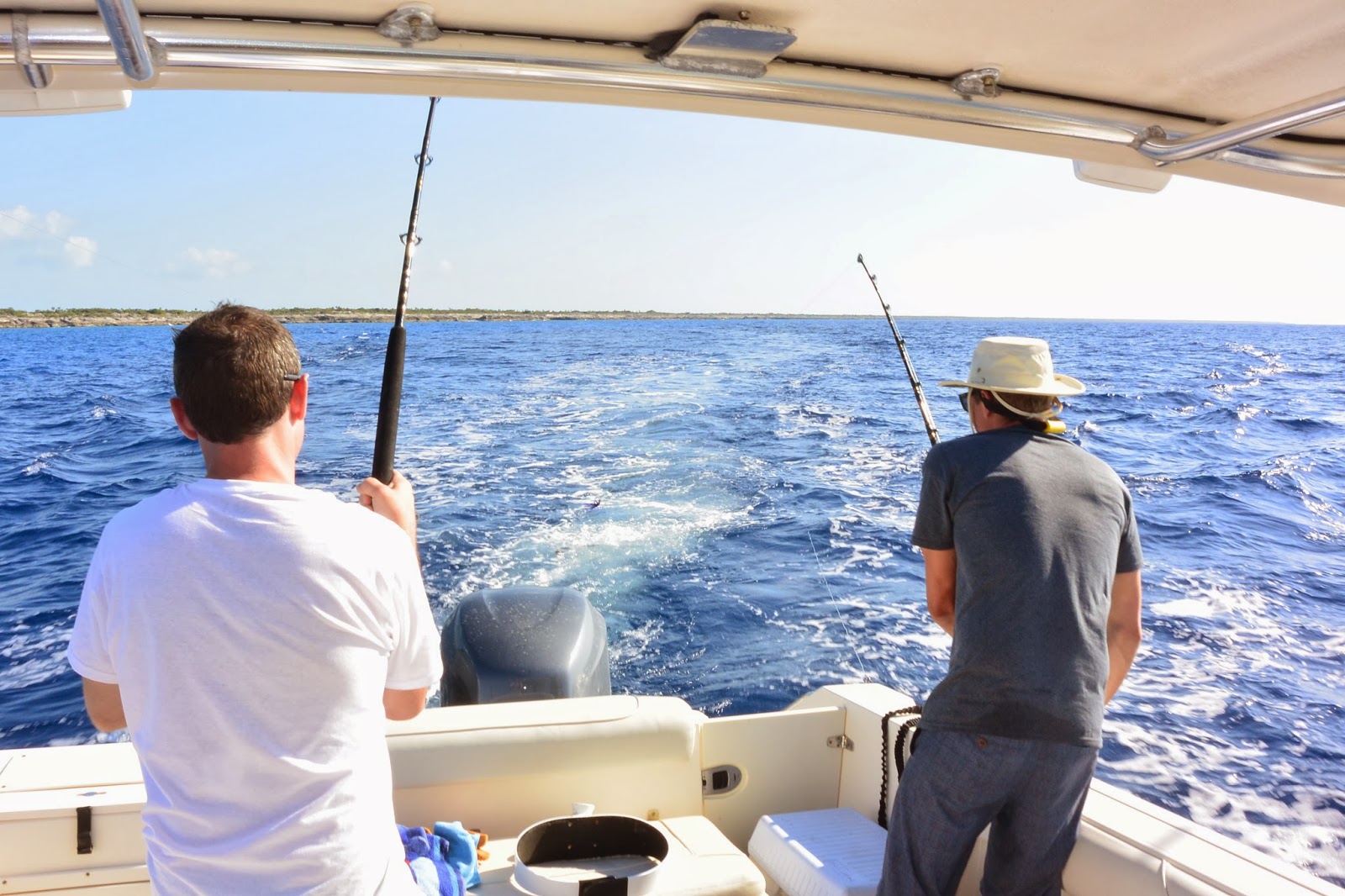 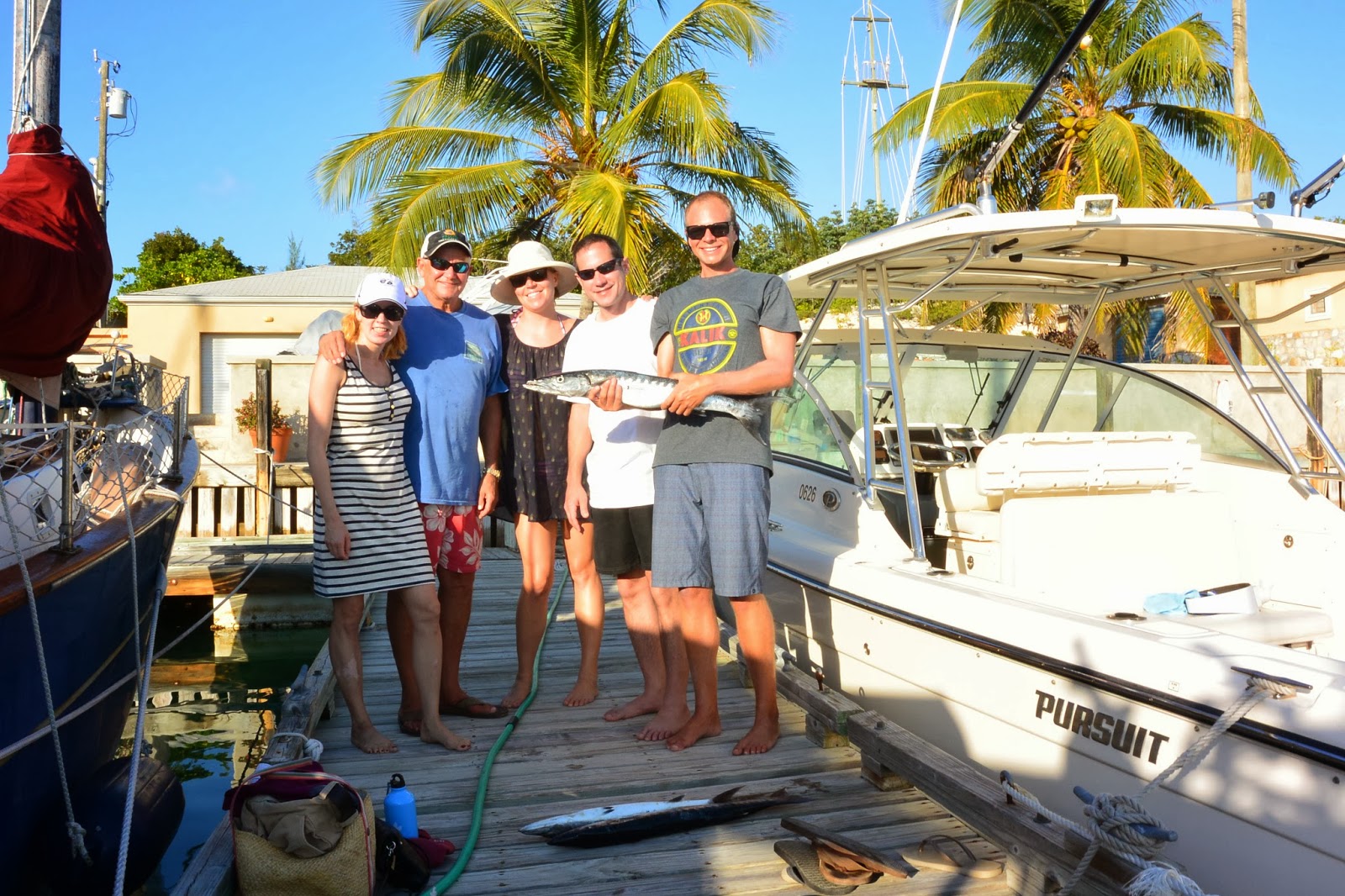 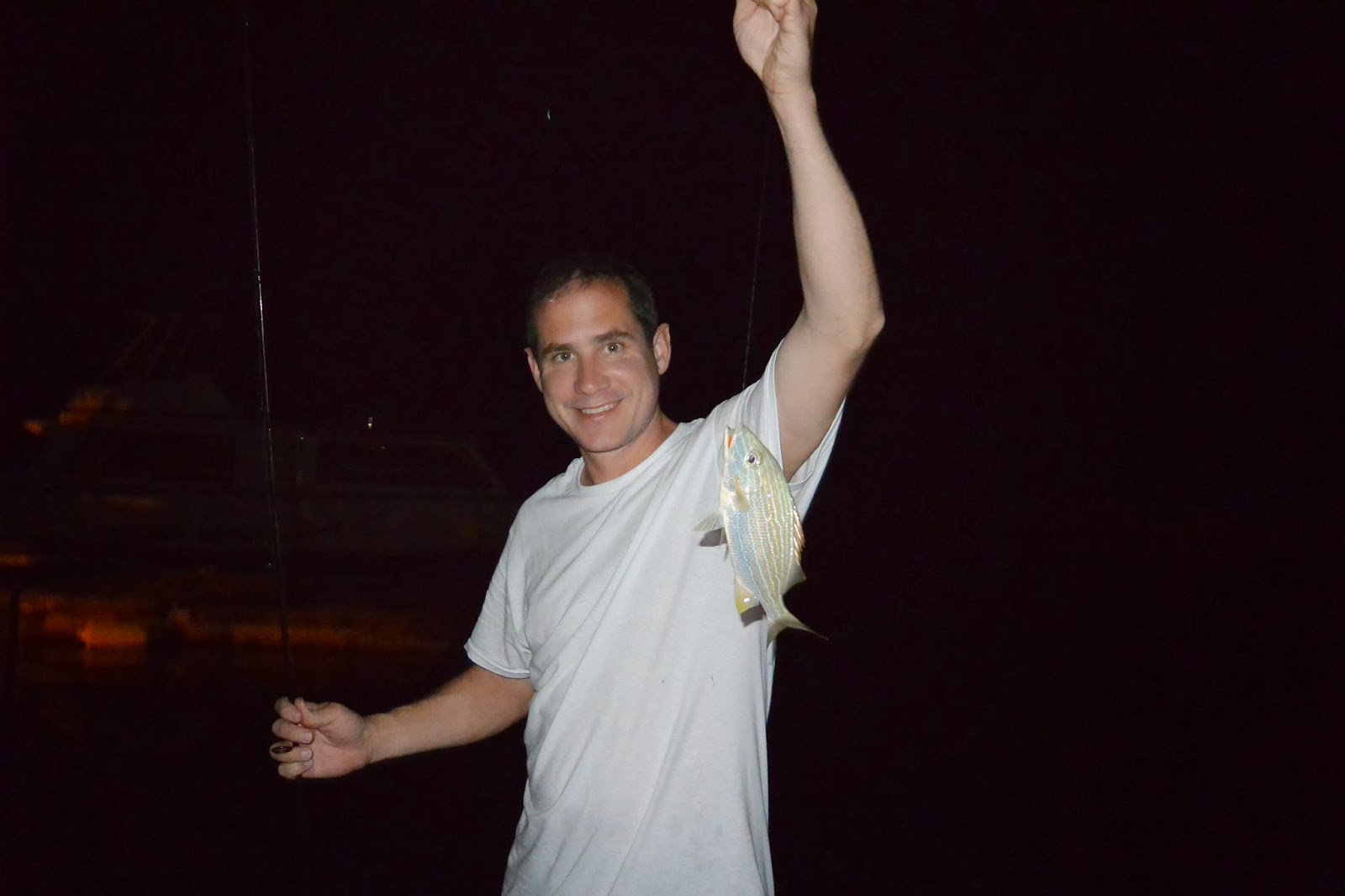 It was sad to see Patrick and Shanley go. Dana and I now have to prepare for our next jump to the Dominican Republic. The outboard we are in the process of procuring has some mechanical issues we need to get worked out before we can scaddatle. Once we get to the DR, we might be able to meet back up with our buddy boats from Rum Cay and Mayaguana. We heard from some other cruisers who came into Provo that our buddies headed straight to the DR, skipping Turks and Caicos. We’ll see if we can catch up with them. It's all part of the adventure, I guess.
Posted by Unknown at 6:01 AM