Finally, some sailing! We had a fantastic sail yesterday with pretty strong winds (10-20 knots) in a favorable direction, so we zipped across the Chesapeake Bay in record time. Although we were a little iffy on the heeling and rocking of the boat at first, we quickly got used to it and were impressed by how Eventyr performed on the open water. 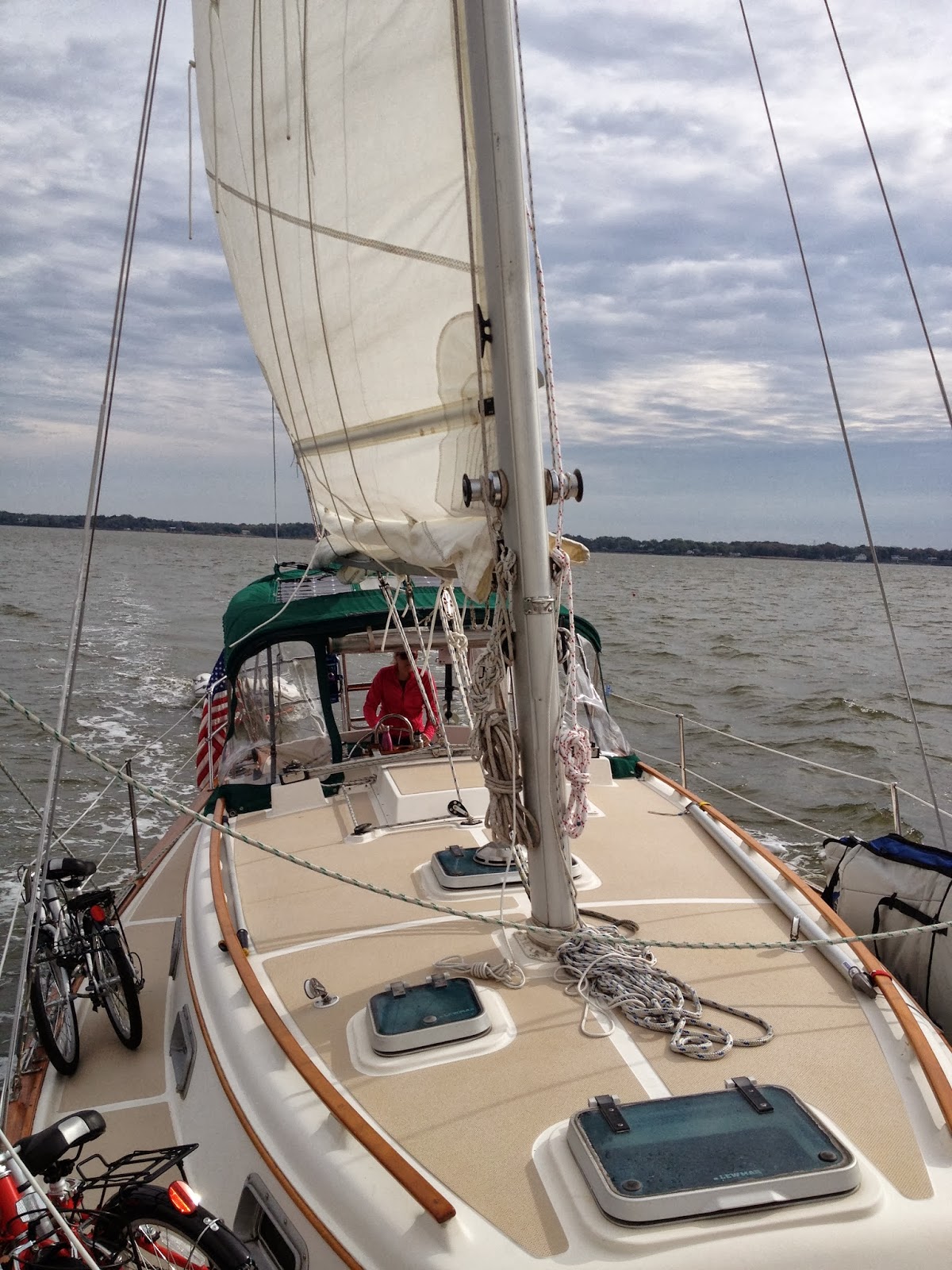 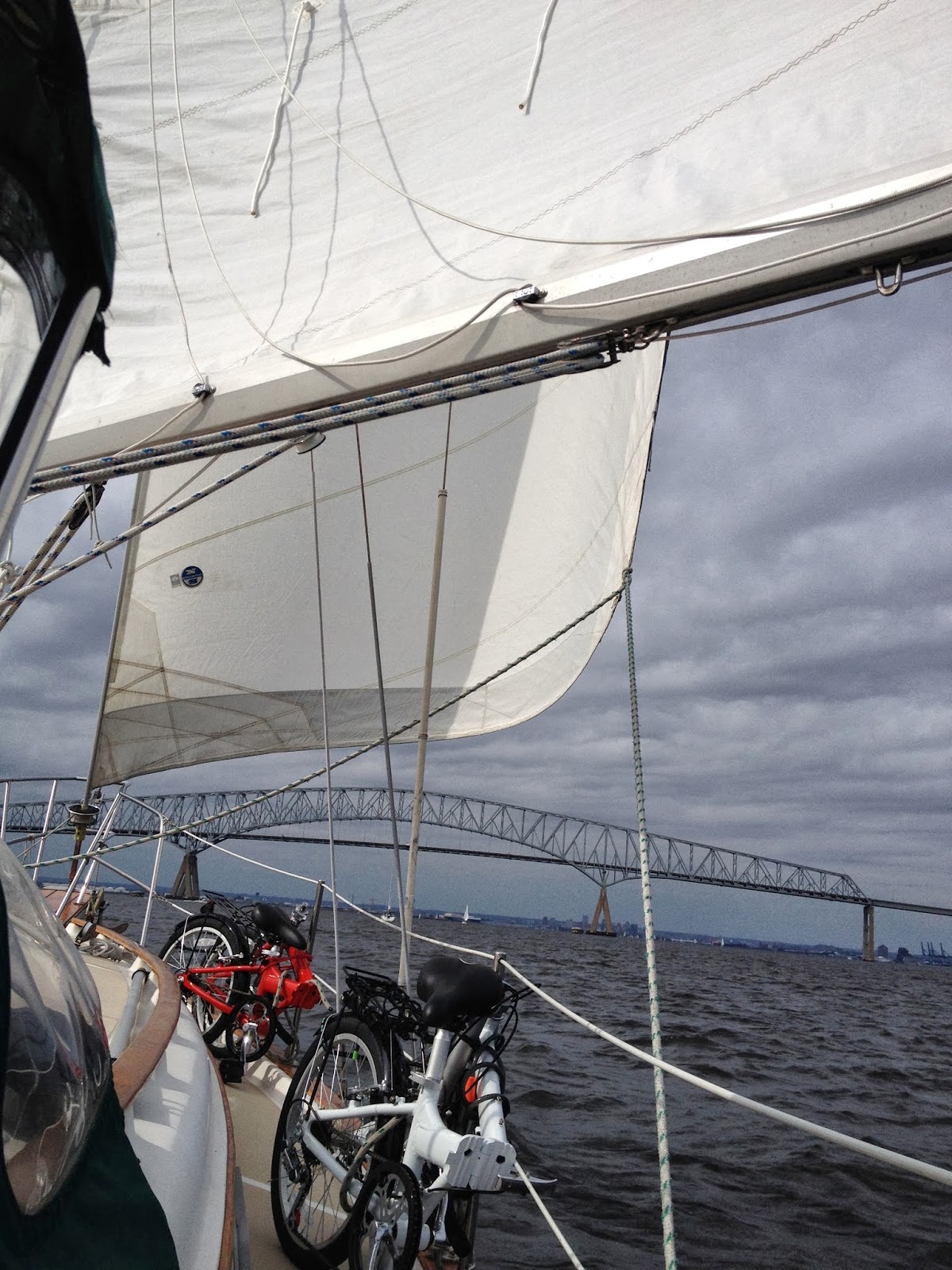 We pulled up to the city dock in Baltimore's inner harbor for the night, and met with our first guest of the adventure. Sara, a friend of ours from grad school at the University of Wyoming, lives and works in Baltimore and offered to stop by to say hi. 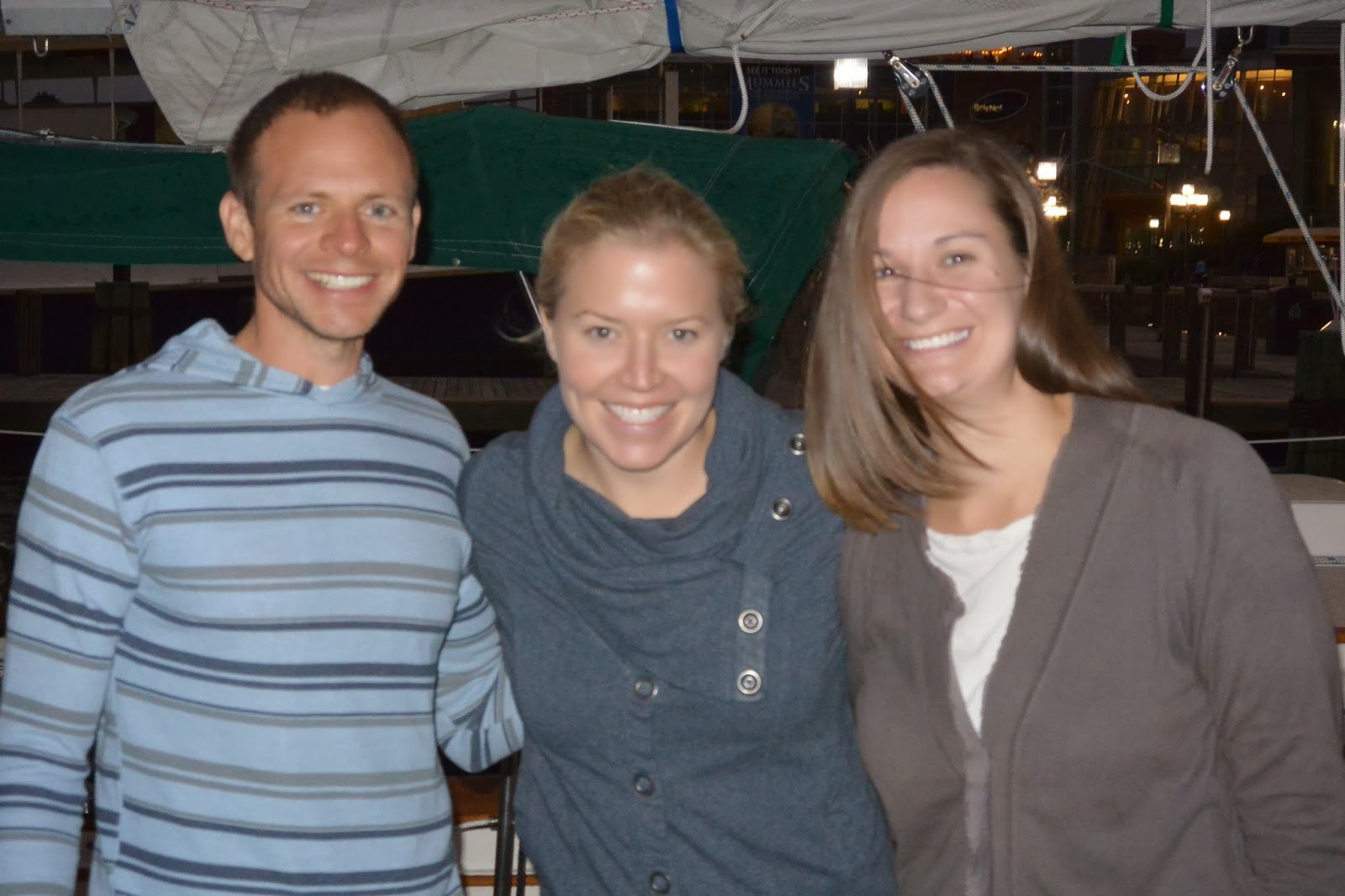 We had a cocktail on board and then I got to fulfill my dream of a Natty Boh. We also enjoyed a crab-topped pretzel, dinner, and some good reminiscing about Wyoming. 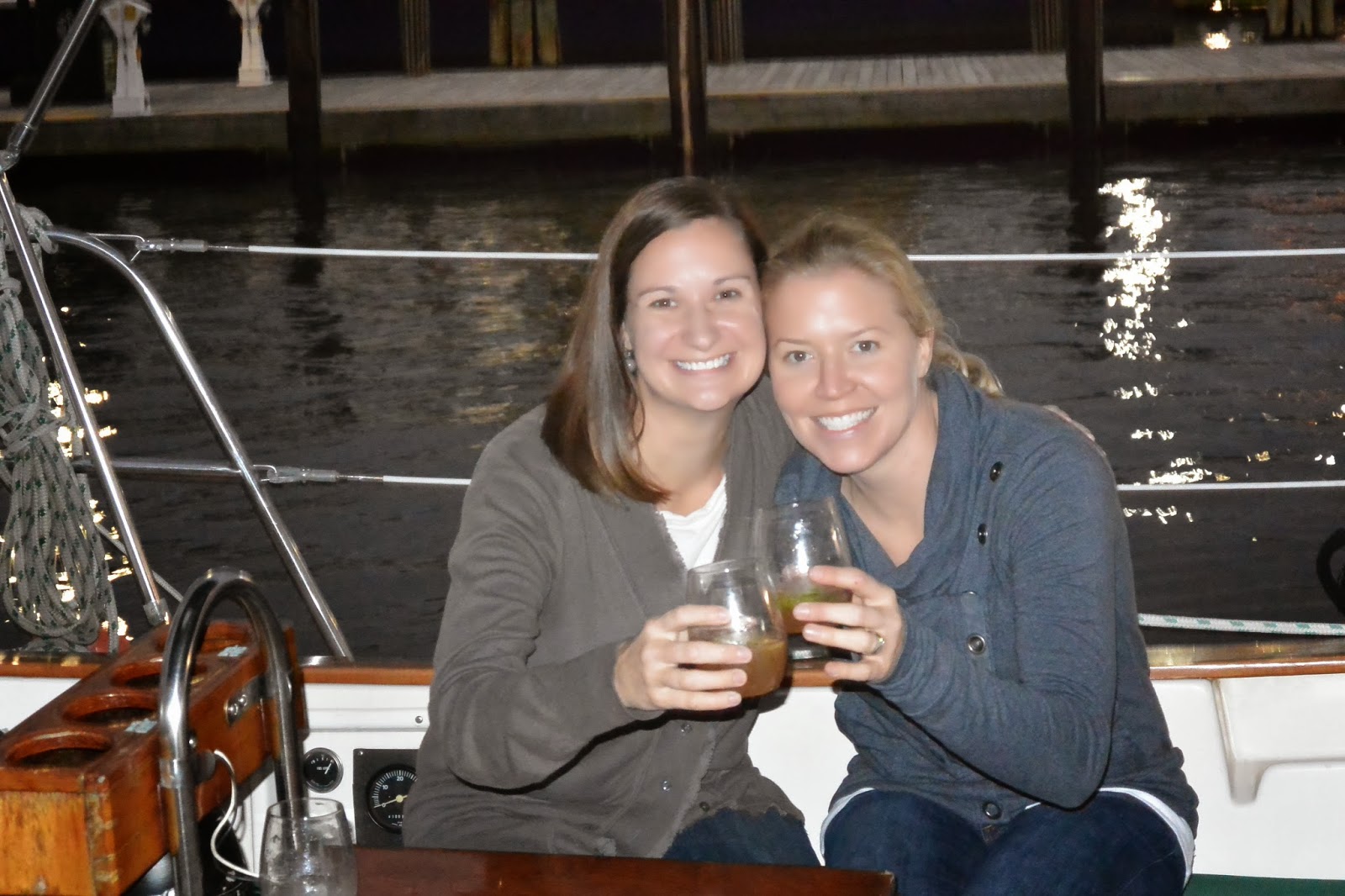 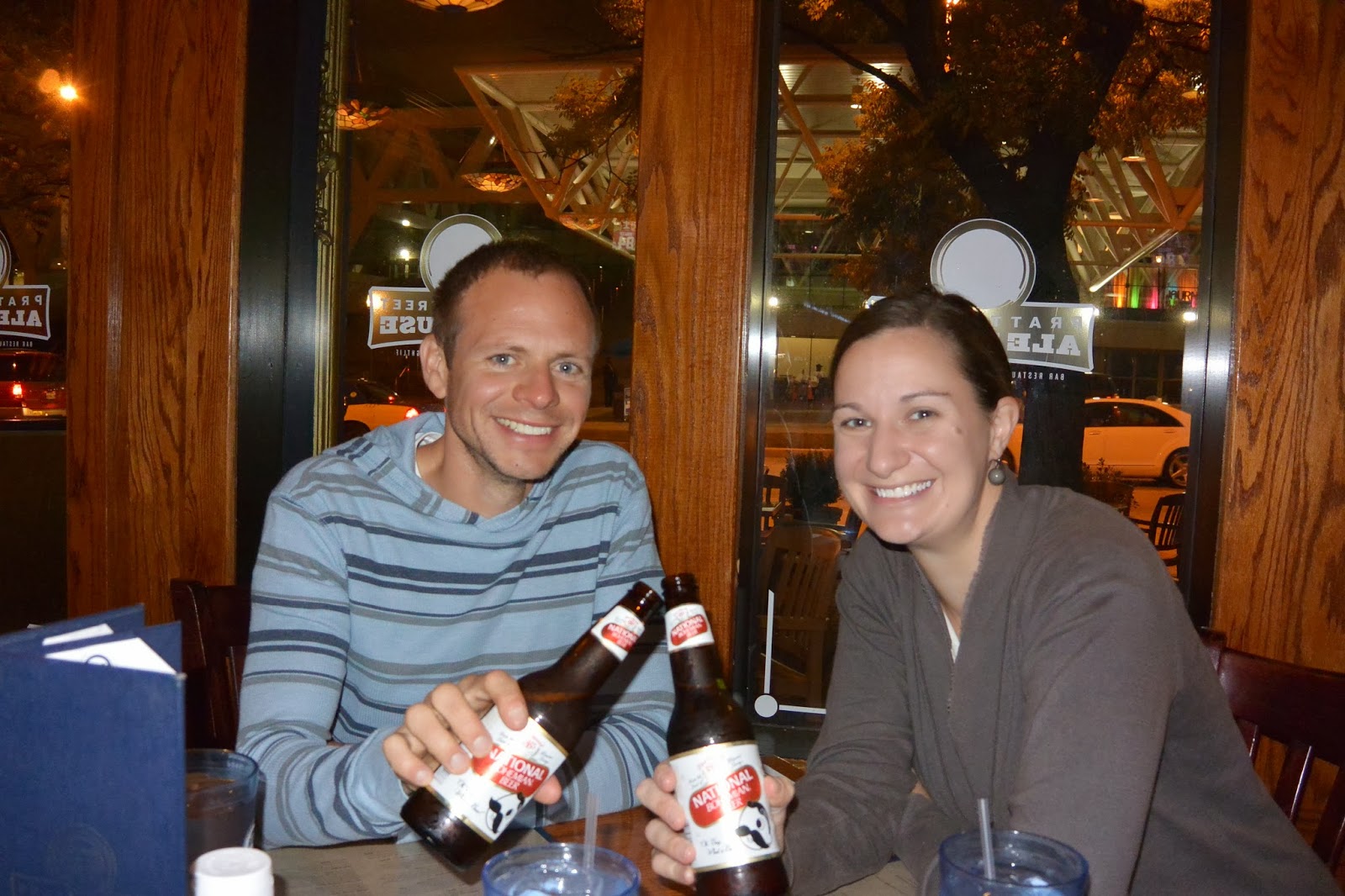 It was a far cry from one of the last times we spent together out west :-) 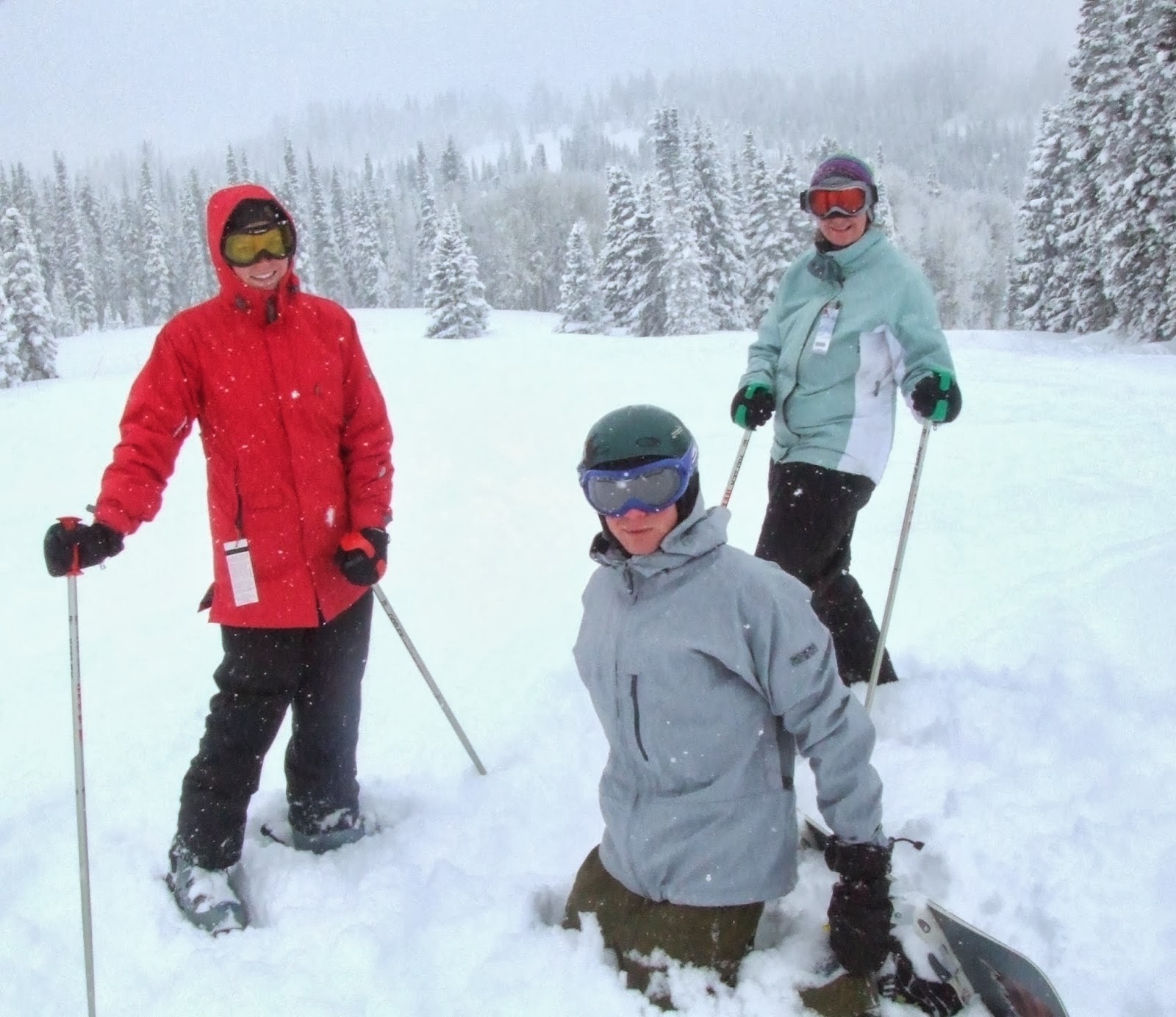 And in other news ... We peddled to a bike shop in Baltimore and traded in our folding bikes for one that will actually fit on board in the compartment the original bikes were supposed to. We really should have measured before we bought those bikes, but live and learn. The shop only had one of the new bikes in stock, so we'll have to get another one along the way. In the meanwhile, I have a way to scoot around town while Dana does boat chores ;-) 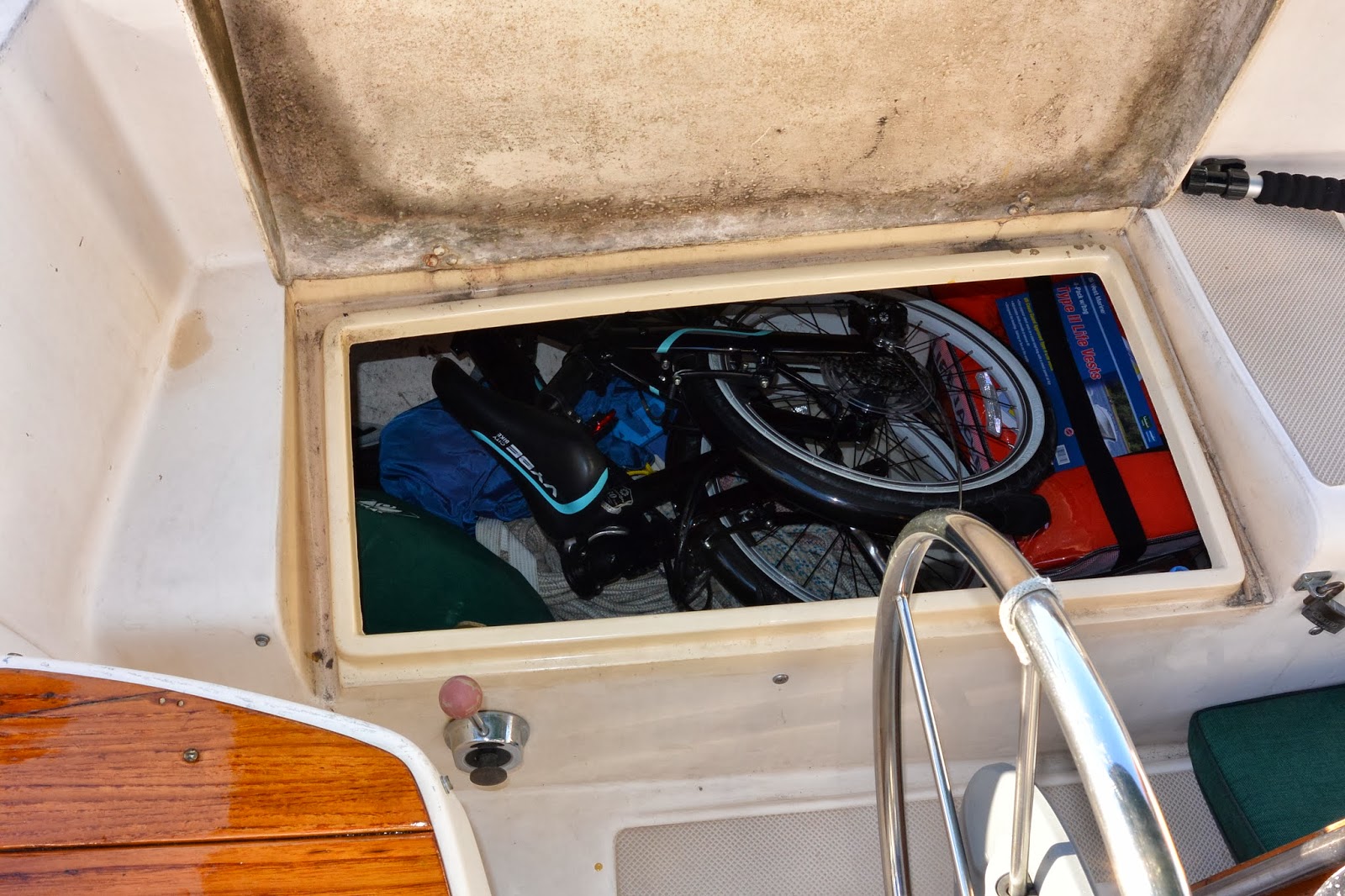 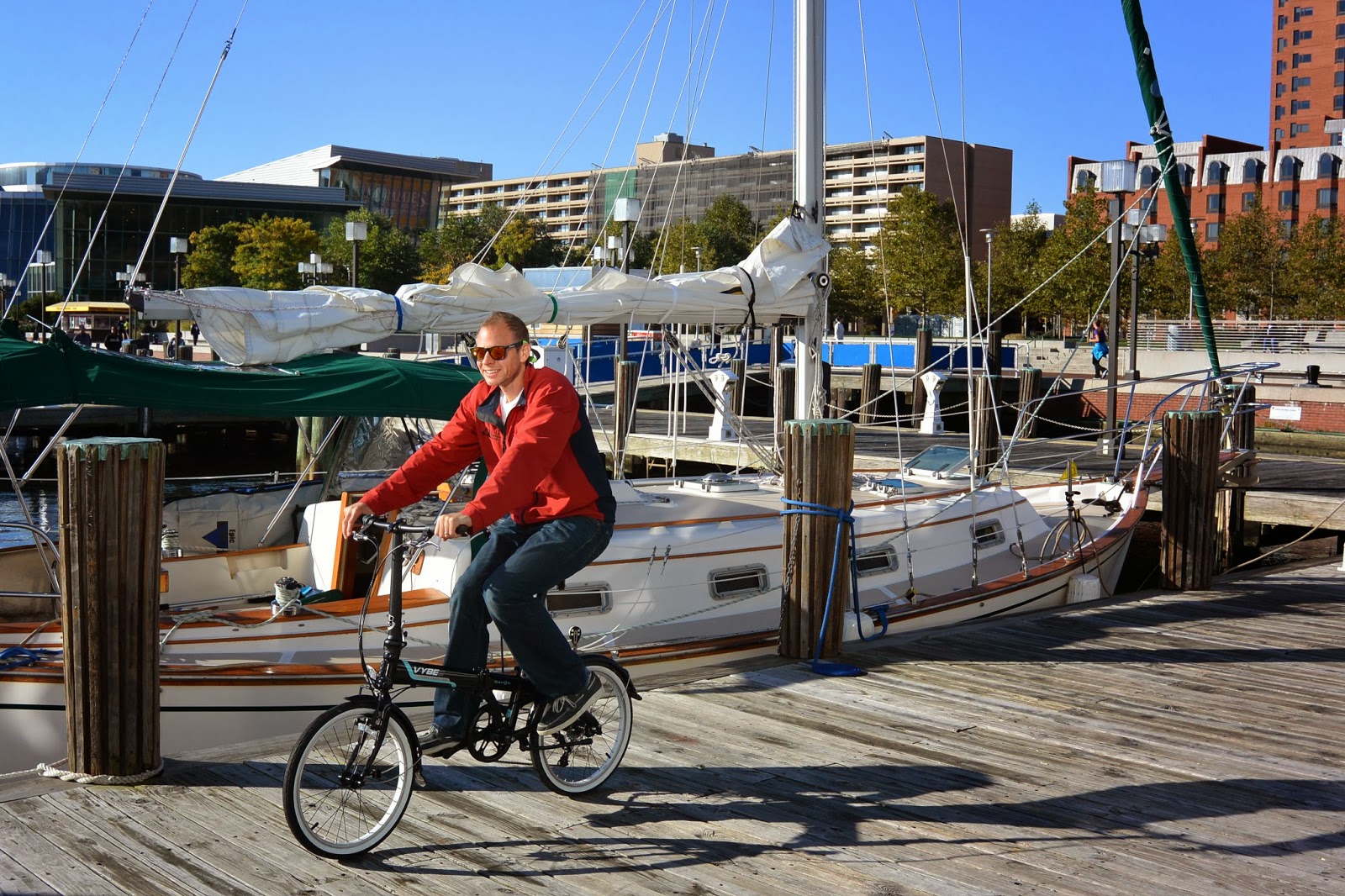 Now to some more sailing, as we head further south in the Chesapeake Bay toward the Intracoastal Waterway (ICW). The luxury of marinas with electricity and showers will be a thing of the past for a little while, I think.