First days of the adventure

Our life without deadlines, due dates, start times, or quit times has begun. The stress, however, has not quite dissipated. After hectic rushing, we left about when we wanted on Wednesday. Our lives are now dictated by tide, sunrise, sunset and the weather.

Many people don't know, but the Delaware River through Philadelphia has serious tidal flow. If you try to fight the tide, it's slow going. Wednesday's high tide was at noon, so after that we would be getting a friendly six hour push from mother nature down the Delaware in addition to the normal current. Leaving late wasn't that big of a deal. 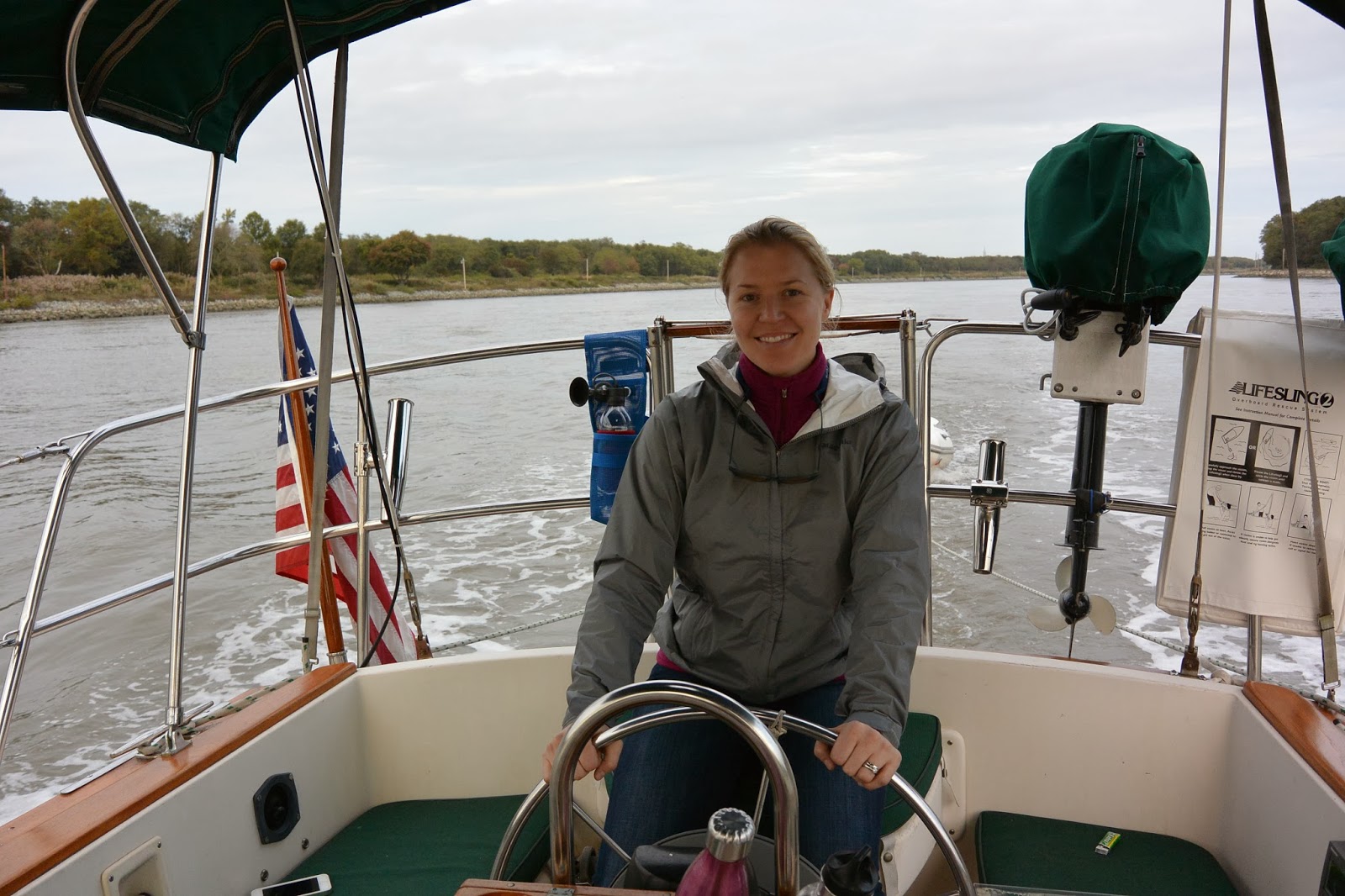 Although we couldn't sail at all due to the wind being directly on our nose the whole trip, we made decent time and docked at Summit North Marina in the Chesapeake and Delaware (C & D) Canal on the border of Delaware and Maryland. We had amenities we'll be jealous of in a couple months, I'm sure, including a shower with virtually unlimited hot water, electricity at the dock so we don't have to use our boat's batteries, and wifi. 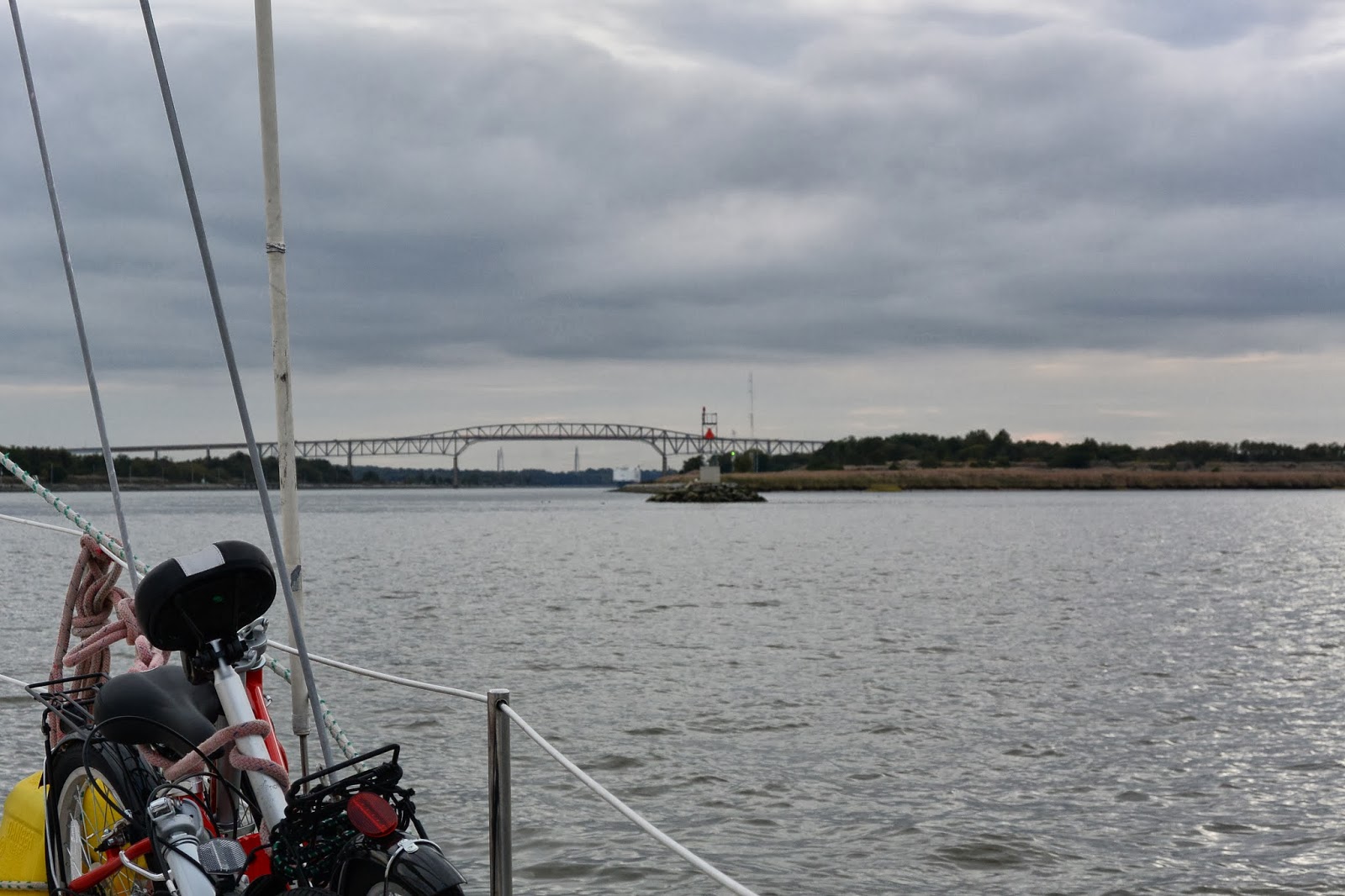 After some disappointing news in the morning (realizing the folding bikes we just bought don't fit into our storage in the cockpit and we'll likely have to get new ones), we motored out of the marina and headed on down the C & D Canal to our next destination. 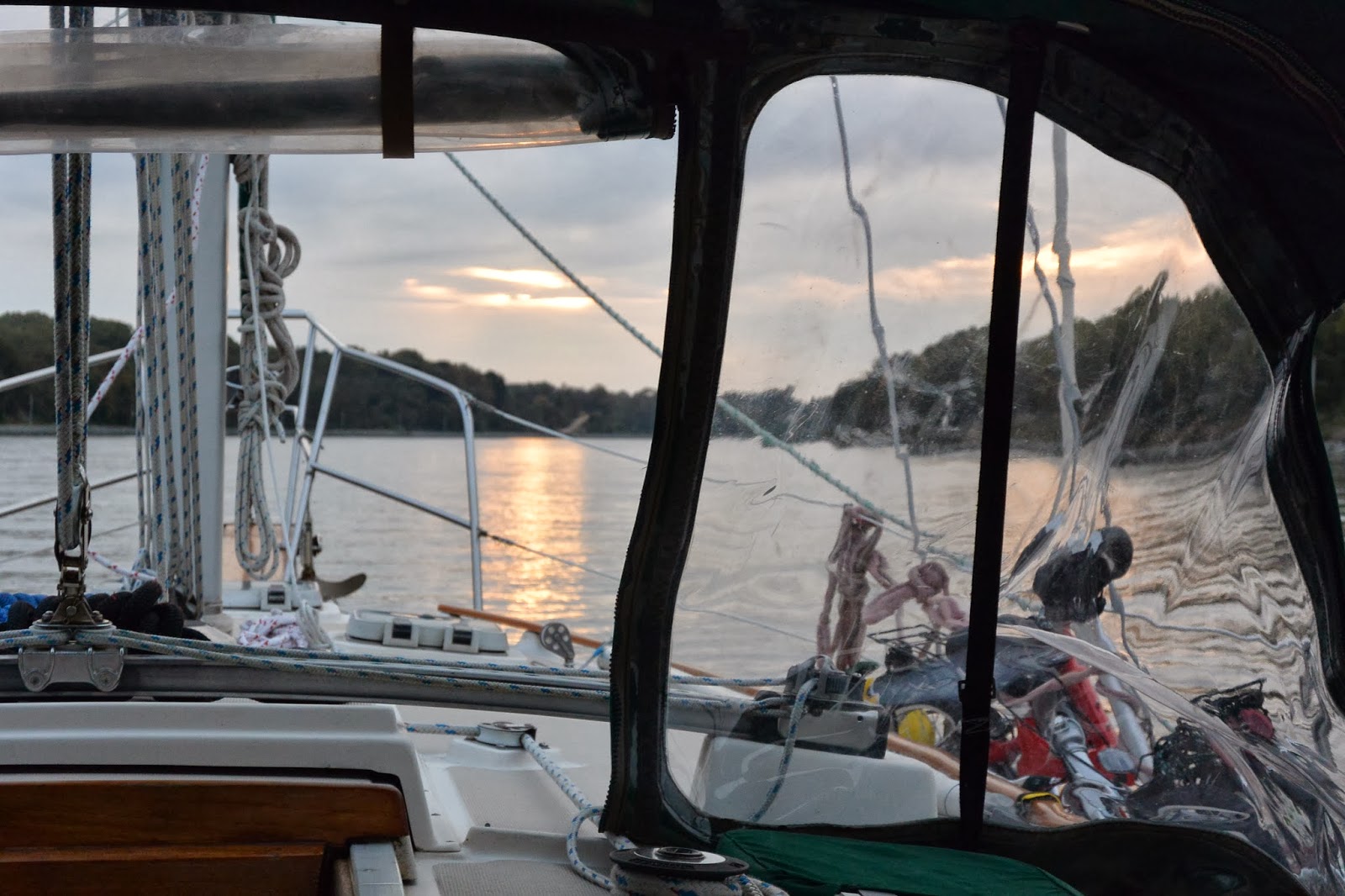 Our next destination is familiar to Eventyr, or should I say Amie, her former name. We bought her here this May and returned to the fuel dock just up the dock from where we first saw our beautiful Island Packet 31. Upon arriving, we subjected ourselves to a jog and then Lithe abs on the dock. It's like a ghost town here because everyone is gone for the season. I saw some geese heading south for the winter and said out loud, "Hey, good idea, geese!" 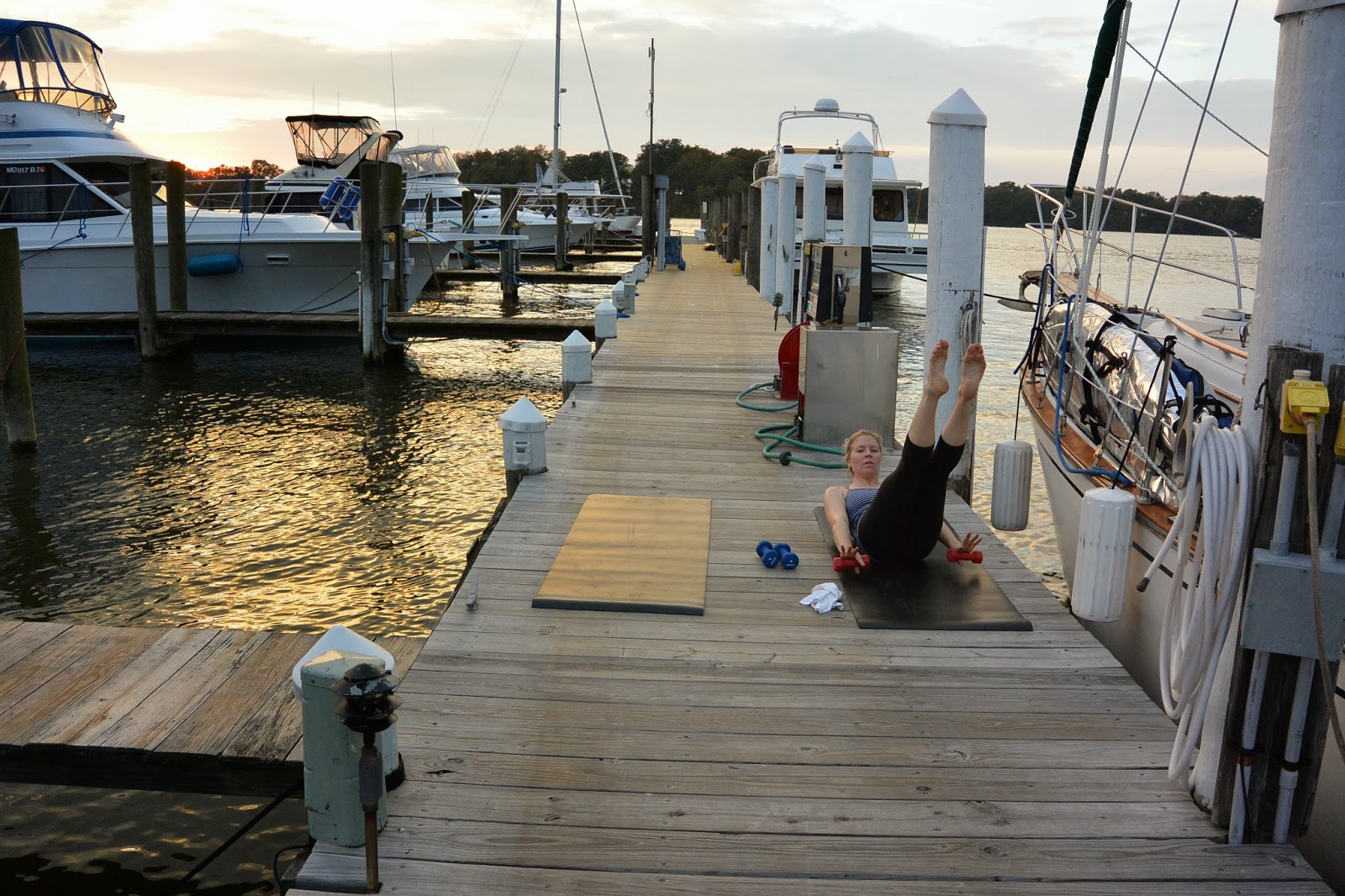 We had a nice dinner aboard in the cockpit courtesy of a pot and pan set gifted to us by the office staff at Dr. Robin Lowey & Assoc, my work. We also had delicious "bright and breezy" cocktails (thanks to the Lithe crew!), which sound less ominous than dark and stormies. 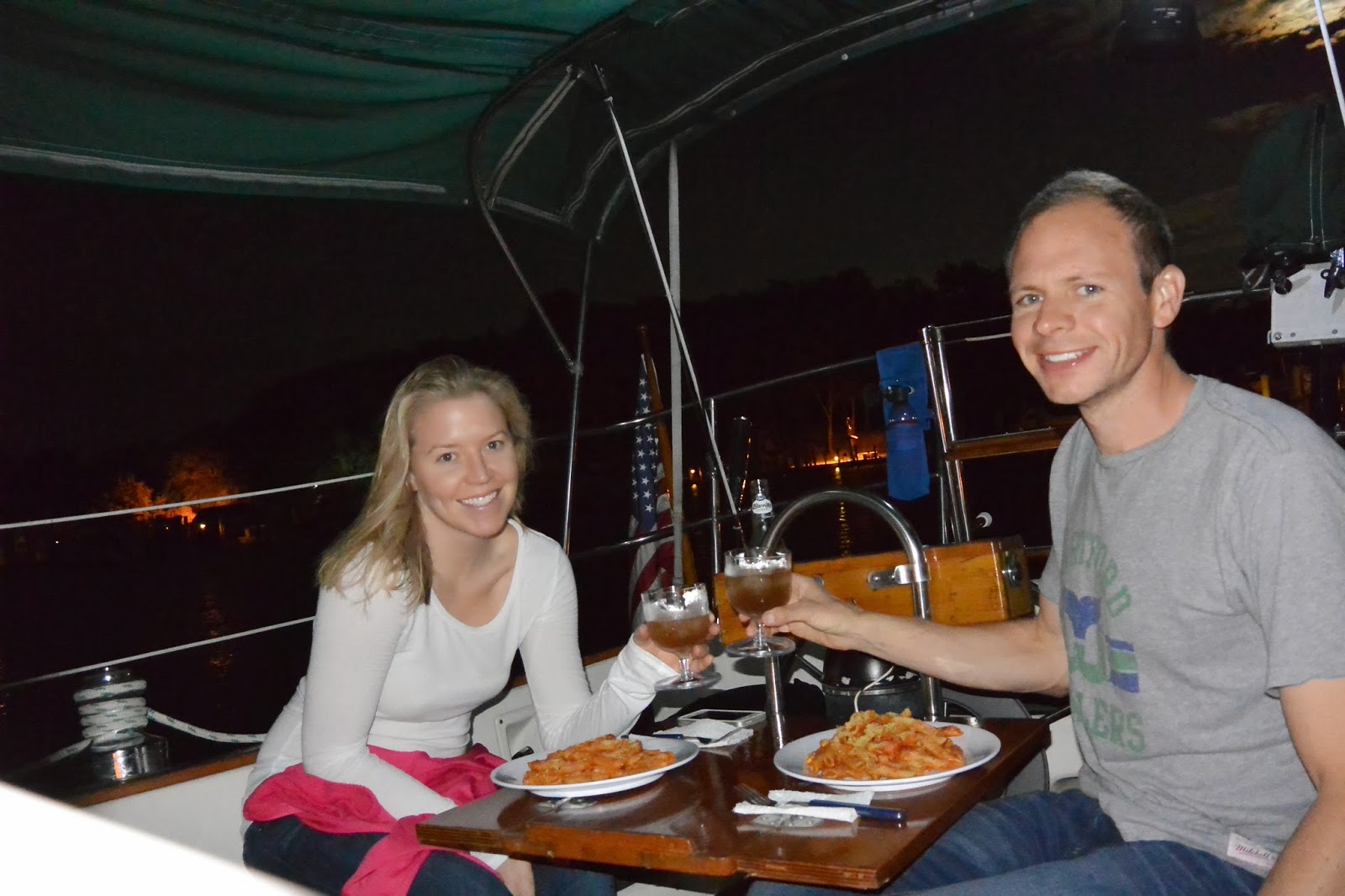 Over night the wind kicked up and a small craft advisory was issued. We woke to lines loudly crashing against our mast and fenders smashing up against the dock. I had to get up and go out into the wind and rain to secure everything and put out an extra fender to protect our hull from getting scratched up by the dock. Dana slept like a baby the first time :-) By the second or third time the wind kicked up and messed up all the work I did, she was out there with me in the howling winds to get things situated.

This morning was quiet we spread some of Jack's ashes off the stern. He spent the night with us on Eventyr in this very marina just prior to our delivery sail in May. His dog walker Breezy, gave us a pillow with his picture as a bon voyage present. We were looking at the pillow last night during the storm wishing he was with us to snuggle. 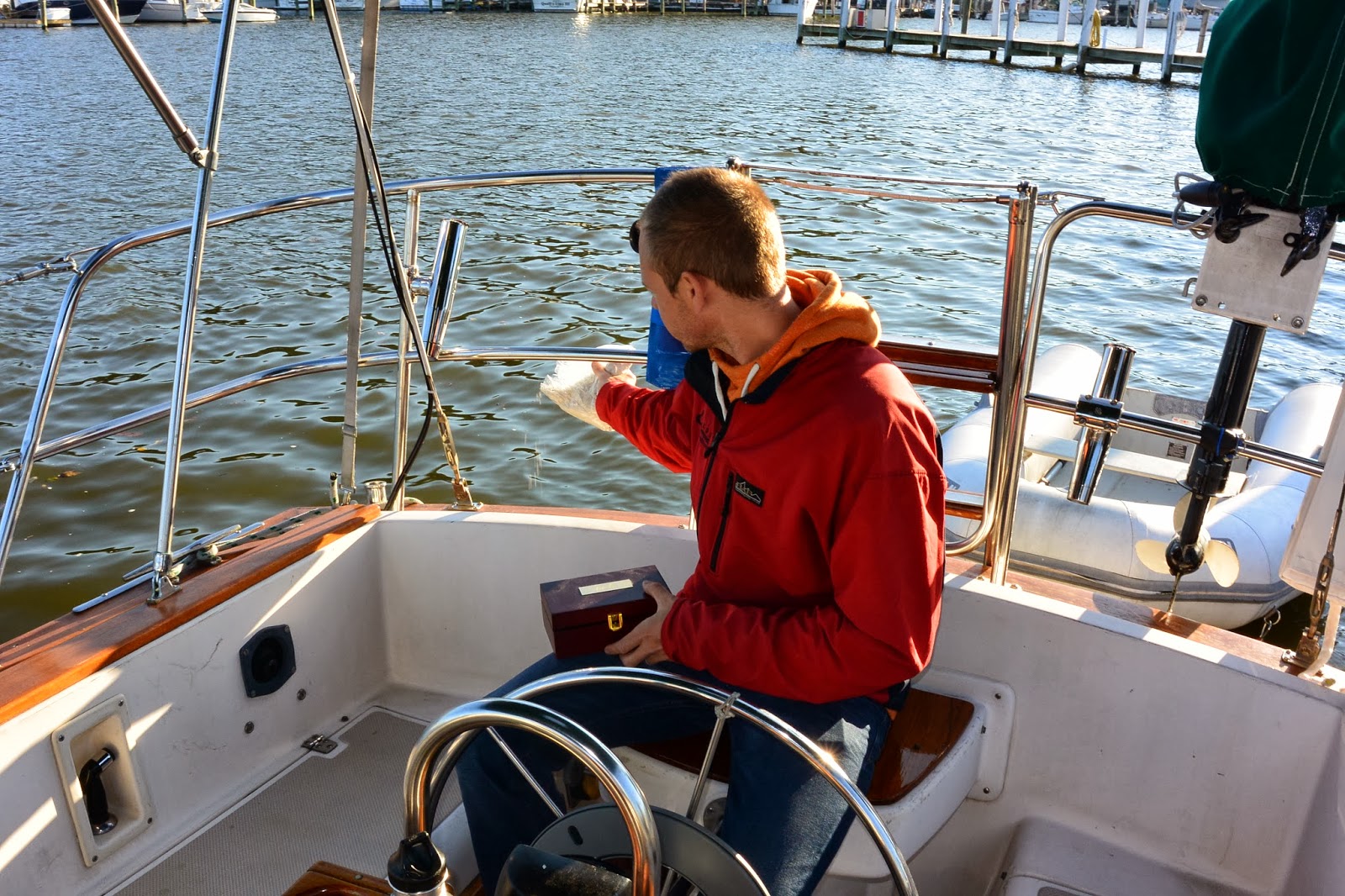 Today was spent working on the boat. We came back to this marina because their boatyard, Chesapeake Marine Services run by the friendly and reliable Duffy, did some work just after we bought the boat, and we had some more work for them. They had to replace some smelly hose coming from the head, fix a messed up piece of flooring in the salon at the base of the mast, and get the steaming light on our mast fixed. None of the work was easy and they ended up having to climb the mast and run wires all the way down below to get it all working. In the end, most of our lights are working, which is probably a good thing if we want to be out after dark. 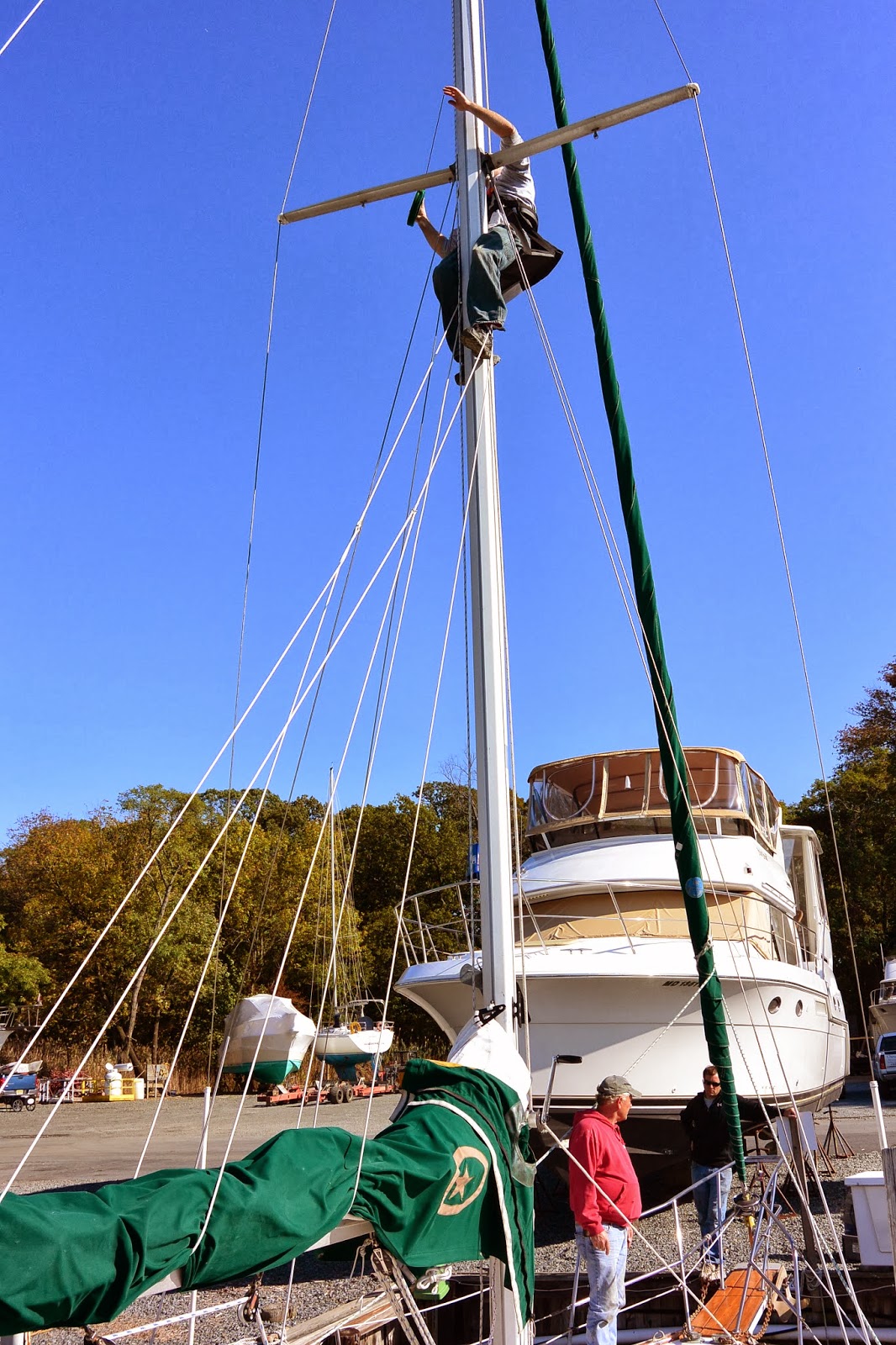 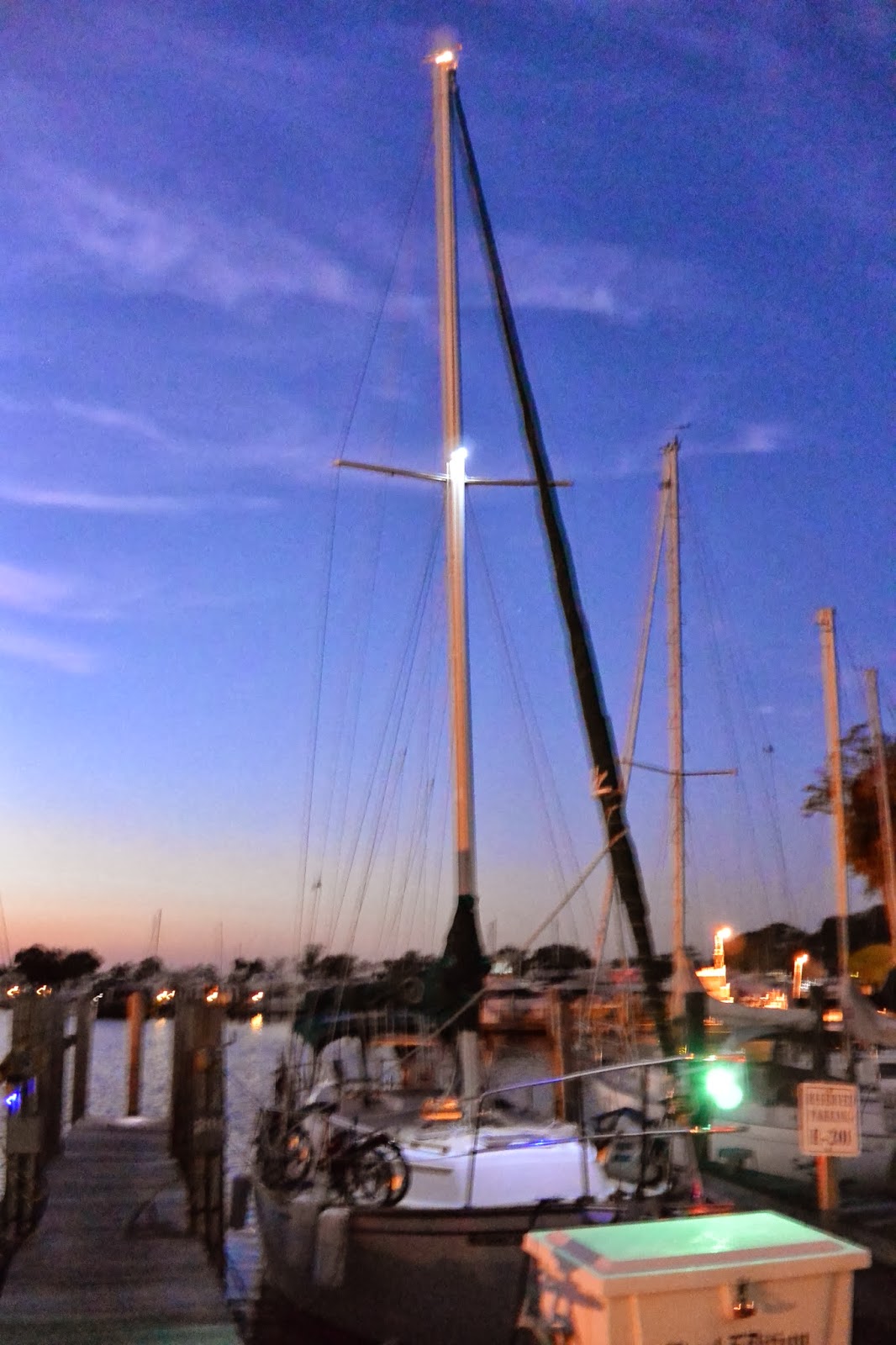 Nice weather today and a beautiful sunset to cap it off. Tomorrow we'll be back under way and hopefully get the sails up for the first time in this supposed sailing adventure. So far, we're just a really slow motor boat. I think we'll head over to Baltimore tomorrow and dock at the inner harbor. Maybe we'll have a National Bohemian (Natty Boh) beer to celebrate our arrival. 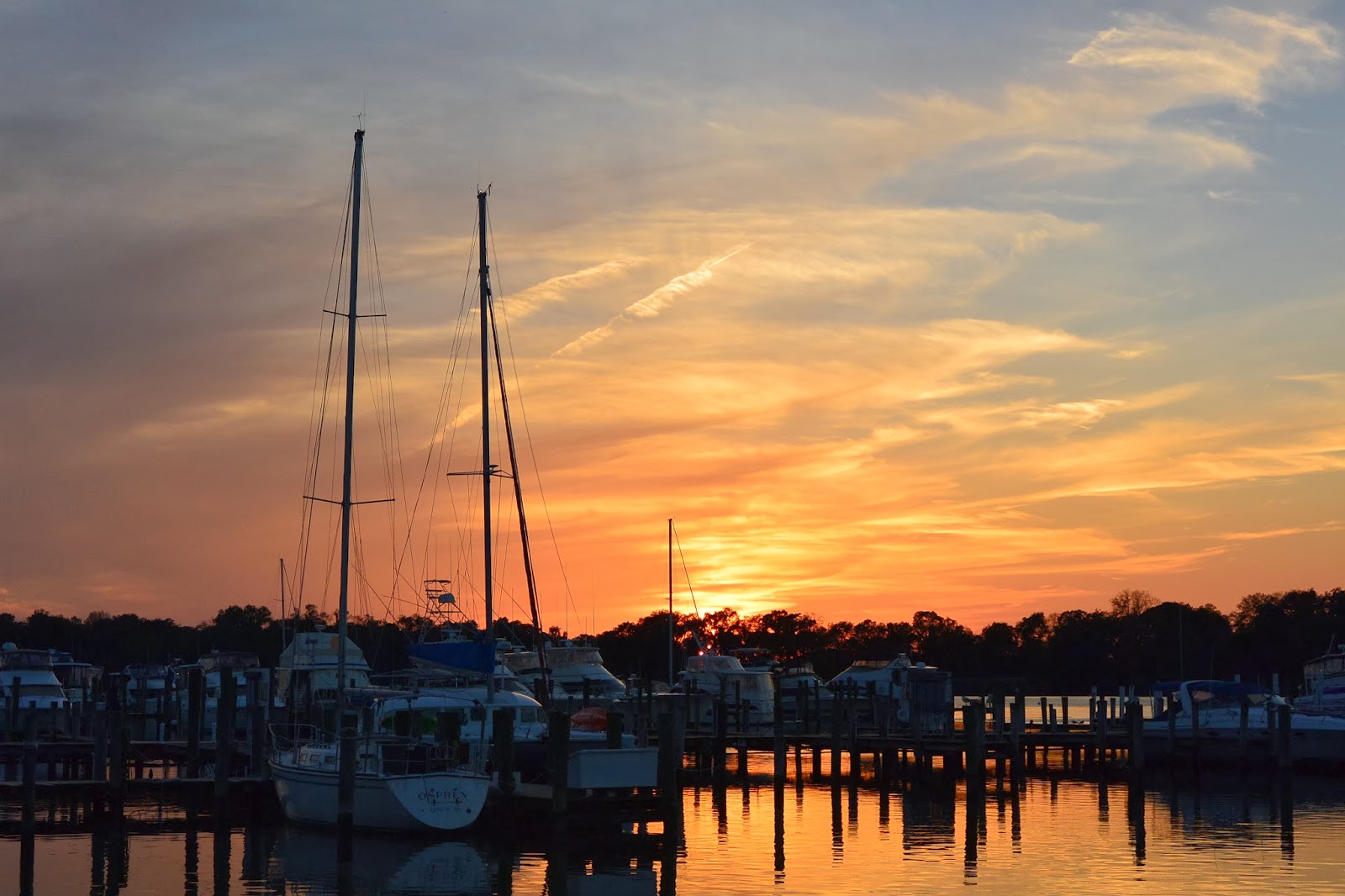 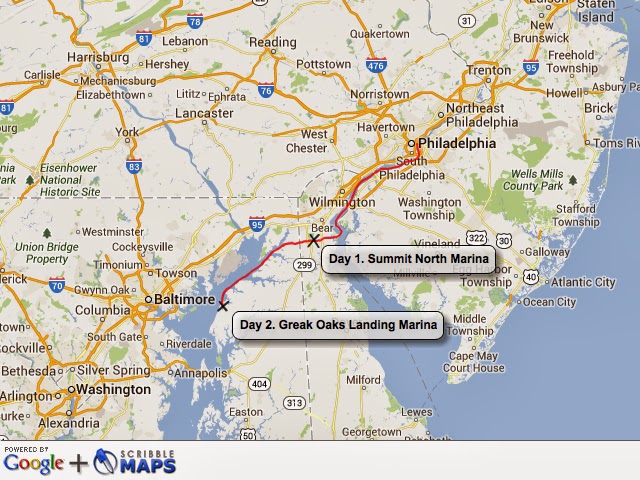