Freezing cold but made it to the southern end of the Chesapeake Bay!

I thought heading south was supposed to lead to warmer temperatures?!? A cold snap over the last couple days has left us bundled up with virtually all the clothes we brought on board. We’ve even resorted to wearing wool socks as mittens. 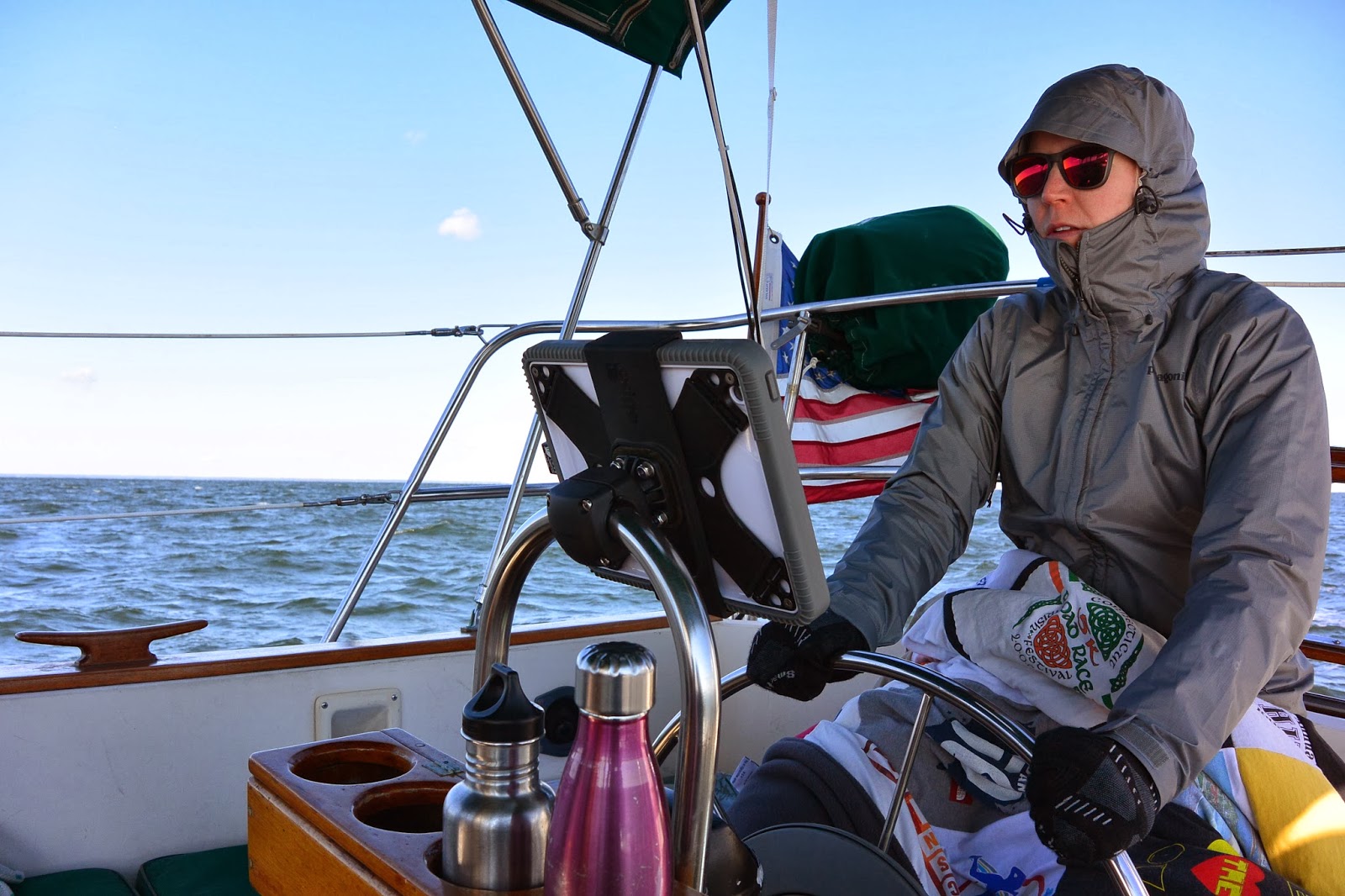 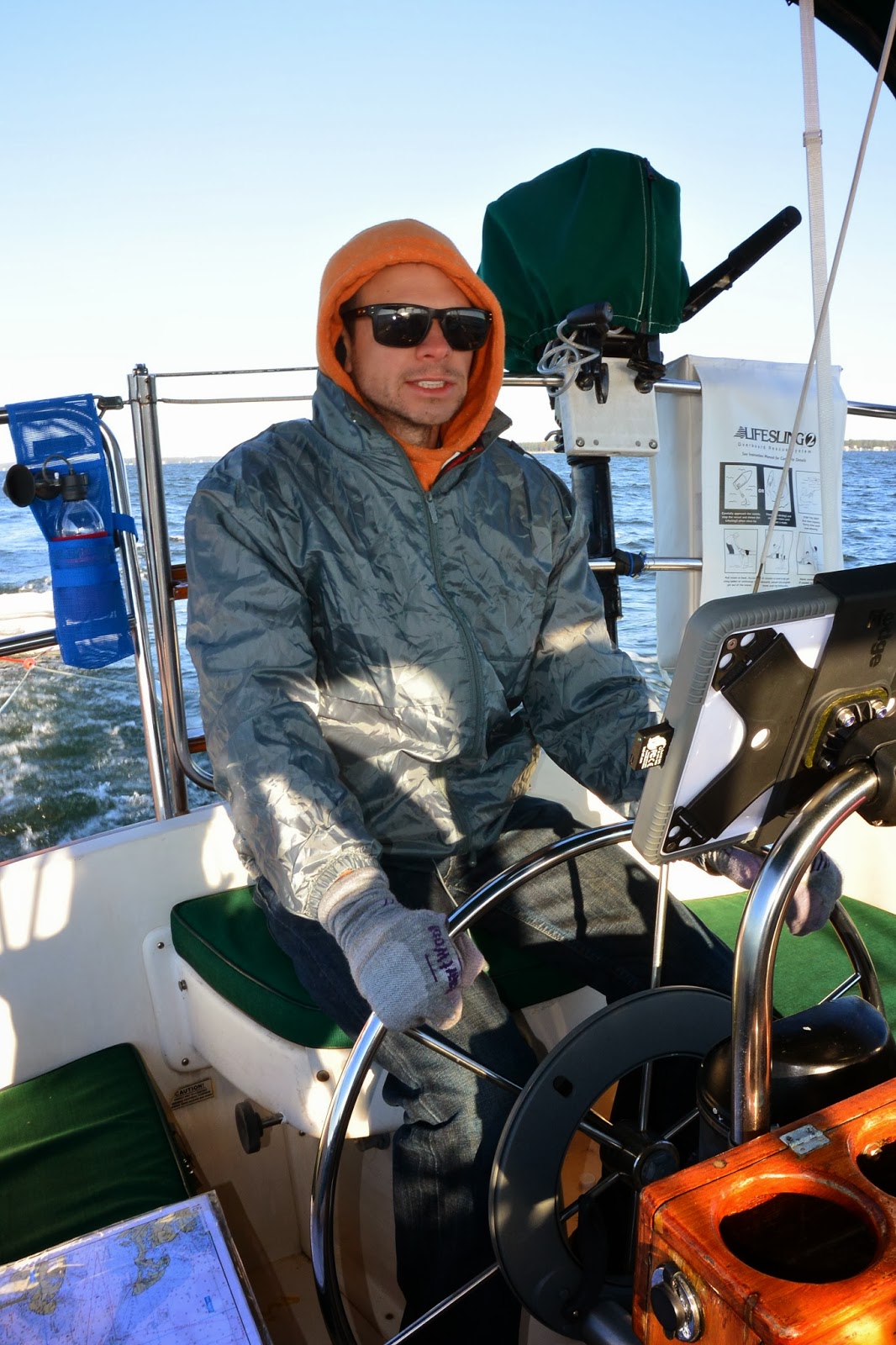 However, the sailing was great due to favorable wind direction and we sailed for almost 8 hours straight yesterday, and 5 today! 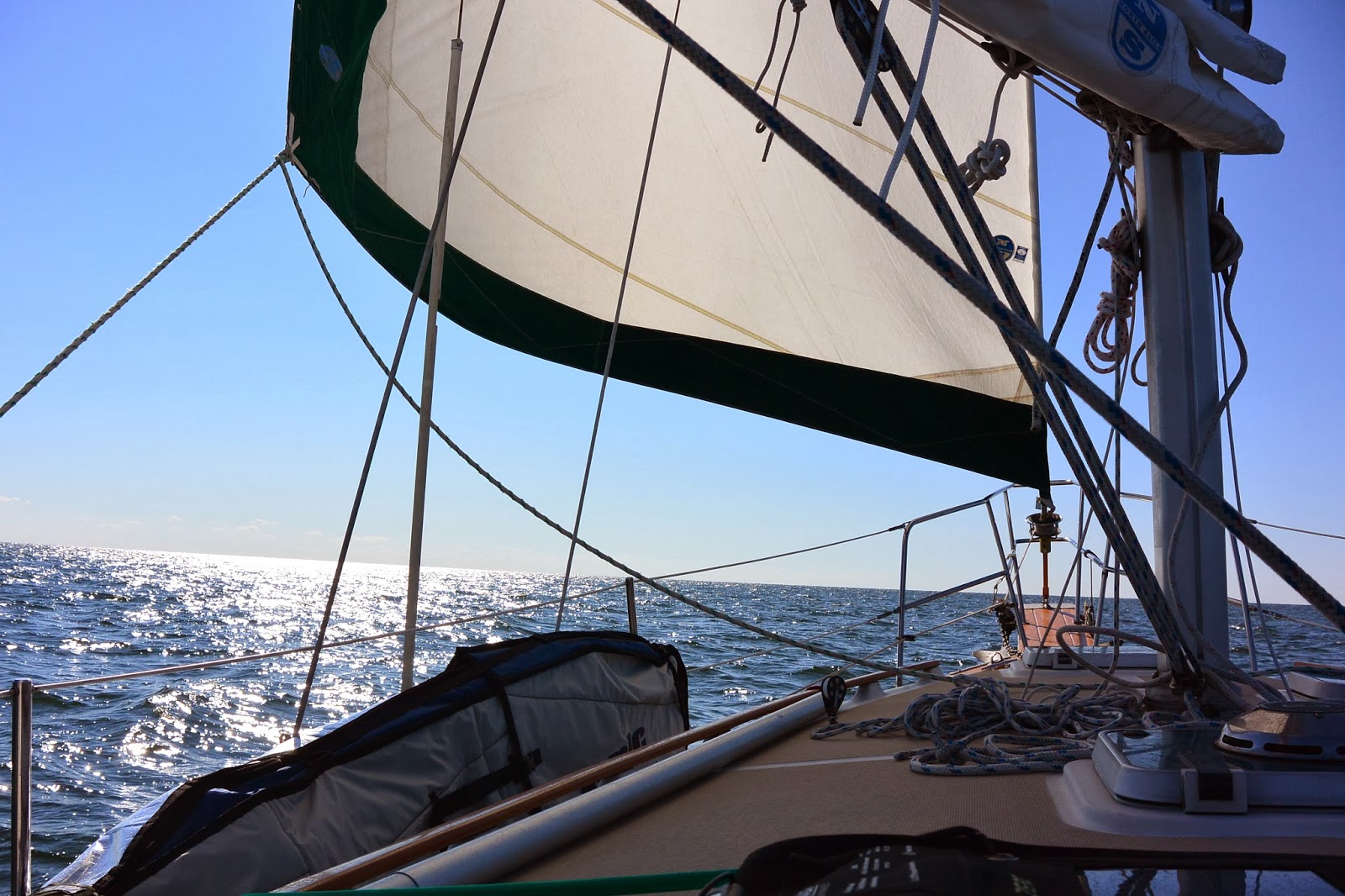 When we left both mornings there was a small craft advisory, so we prepared accordingly. Yesterday, as we turned into the wind to head to shore for the night, we were pounding into waves and they were spraying over the bow. We made it to Gloucester Point, VA last night and enjoyed the comforts of a marina. Good thing too, because we were almost out of water! 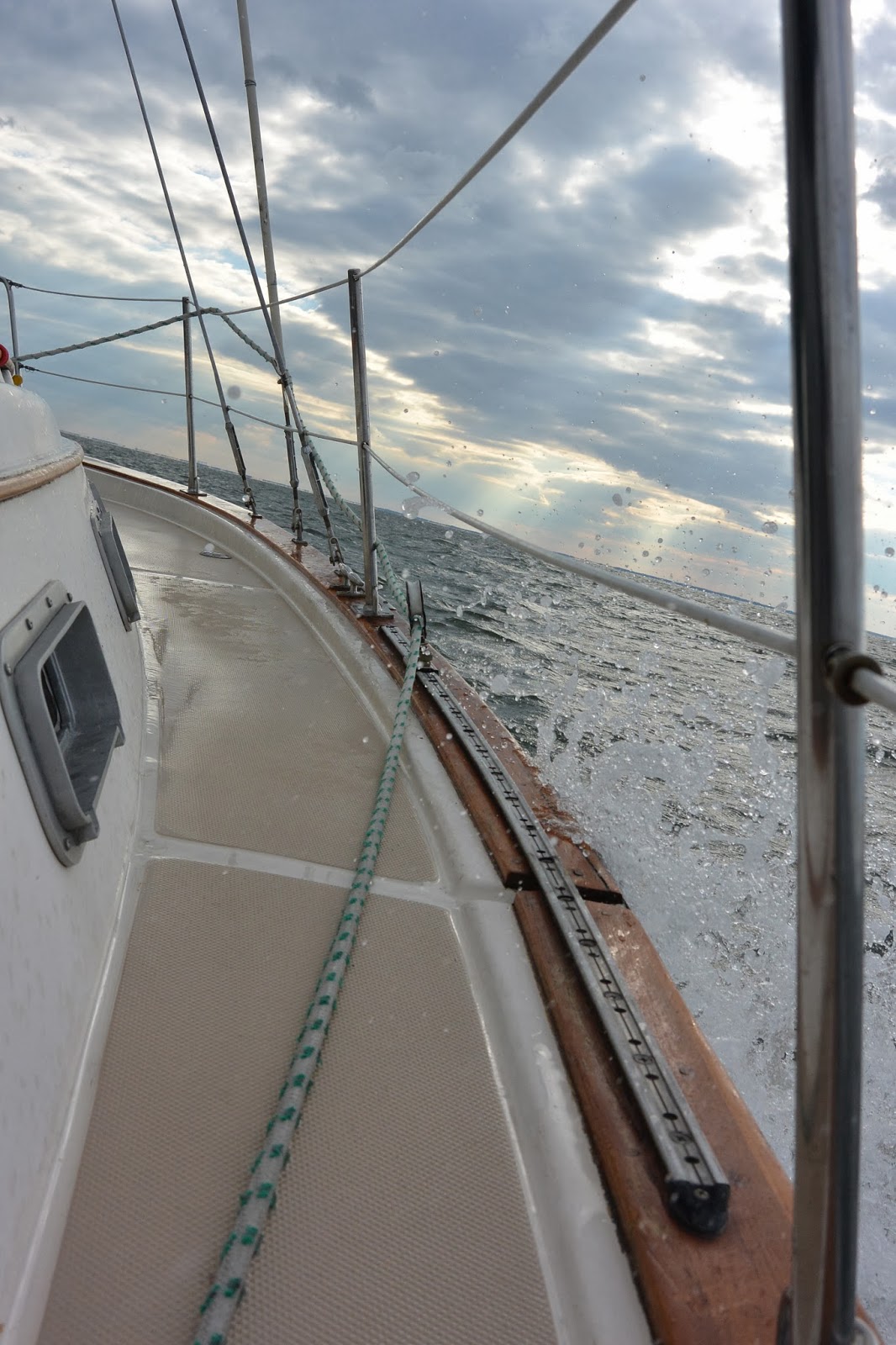 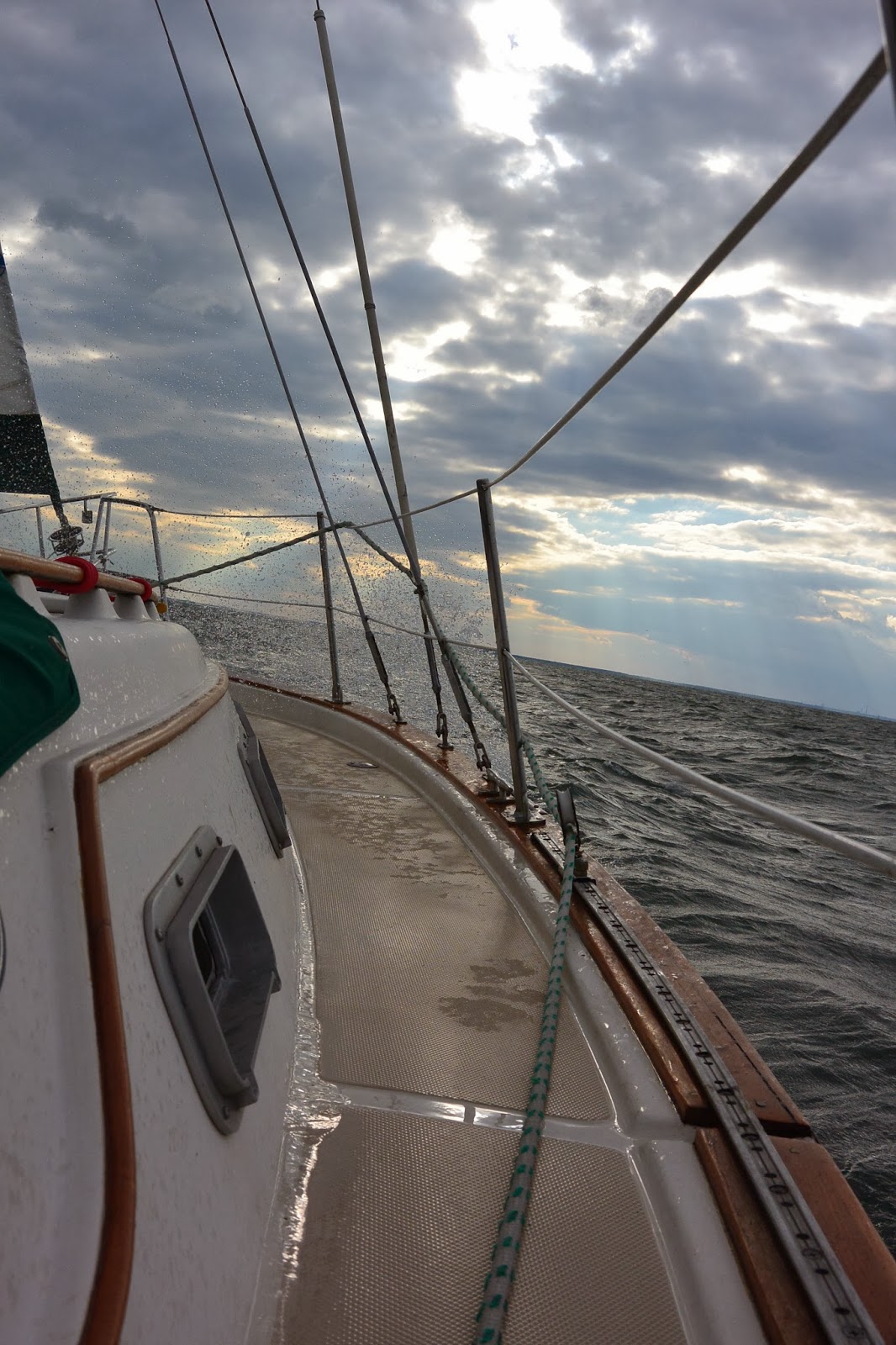 We anchored for the day near Reedville, VA the day before yesterday. The weather was really poor and we decided to take the day to work on boat chores (e.g., installing new grill on rail and a mount for our ipad by the steering wheel, changing the oil in the engine, and varnishing some of the teak. Everything in the small hamlet of Reedville was closed and it was like a ghost town. Even the local fish market and restaurant was closed! We saw a guy fishing off the dock catching fish after fish. Dana asked him if he knew of any nearby restaurants that were open and he informed her they were all closed, he immediately offered to give us some of his catch because it was more than he could eat. We dinghyed over to his house after he was done fishing and he filleted a bunch of Rockfish for us right on his dock. His name is Rodney, and we thanked him with a bottle of wine. He was extremely friendly, wished us the best, and Dana and I had the freshest grilled fish possible for dinner that night. A little taste of things to come, but in the future, I'll be catching the fish :-) 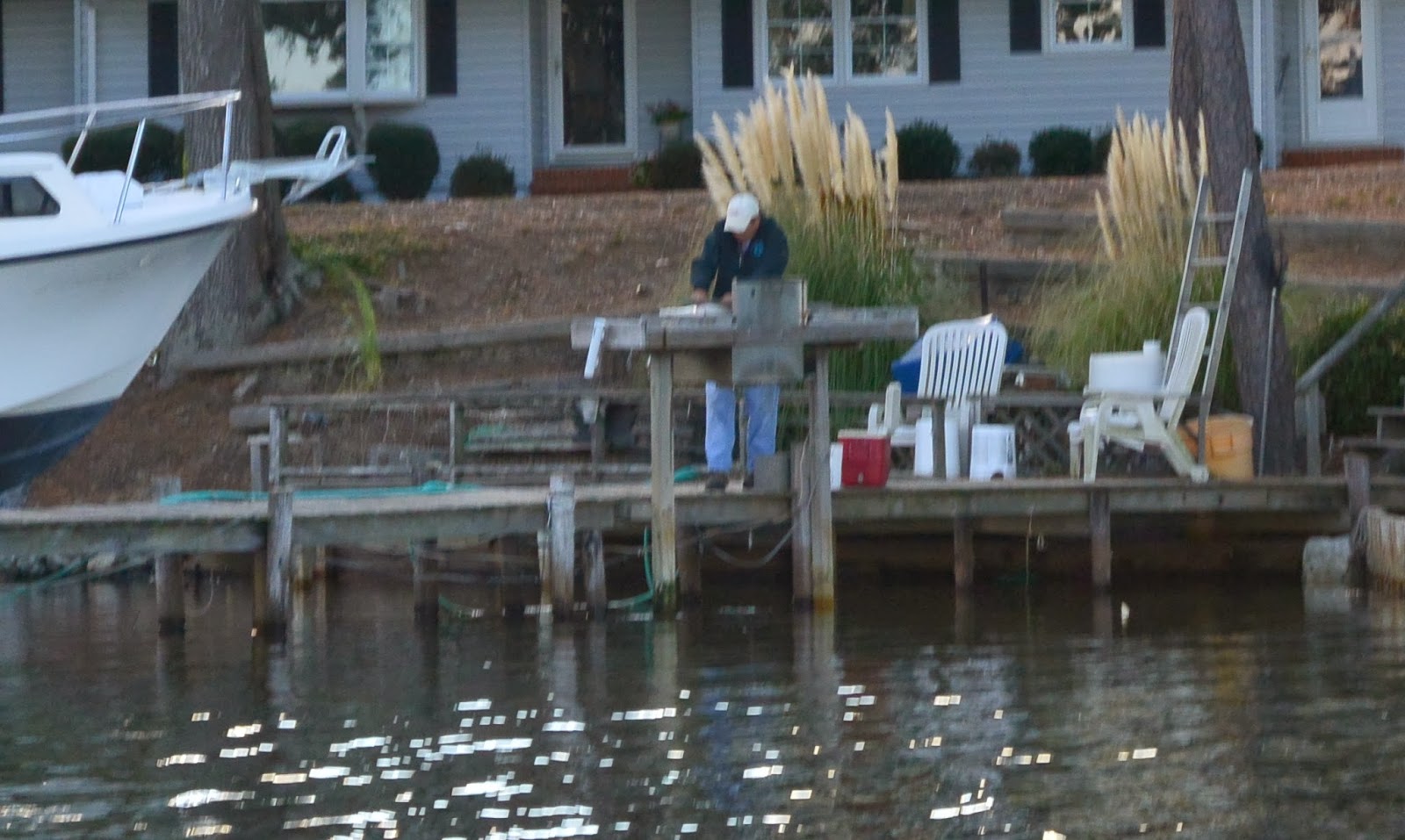 Today we sailed to Norfolk, arriving at sunset. Our heading was 180 degrees due south, which I like to see. Norfolk is full of huge, intimidating boat traffic and we hugged to the edge of the channel going through because we value our lives. 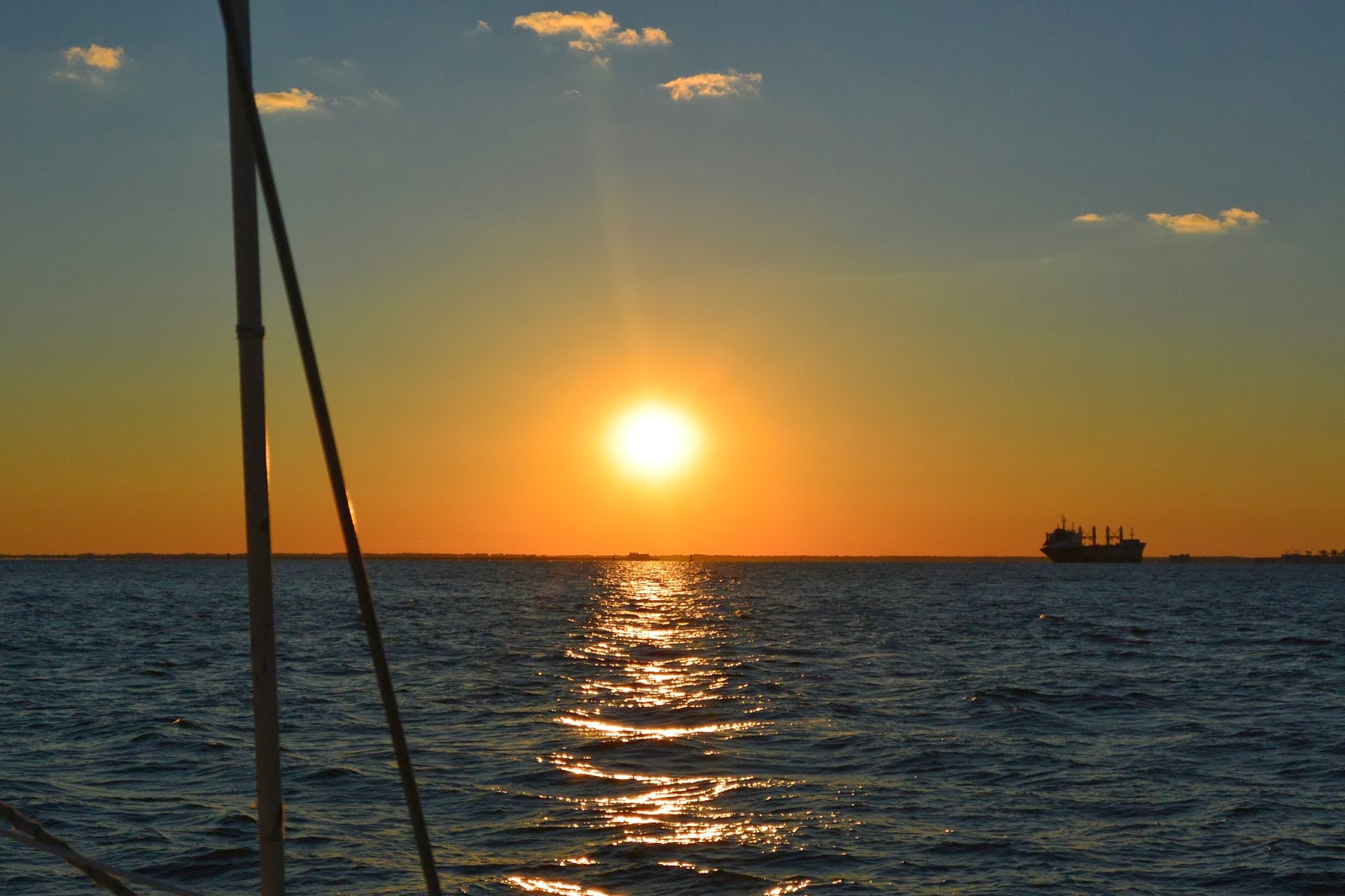 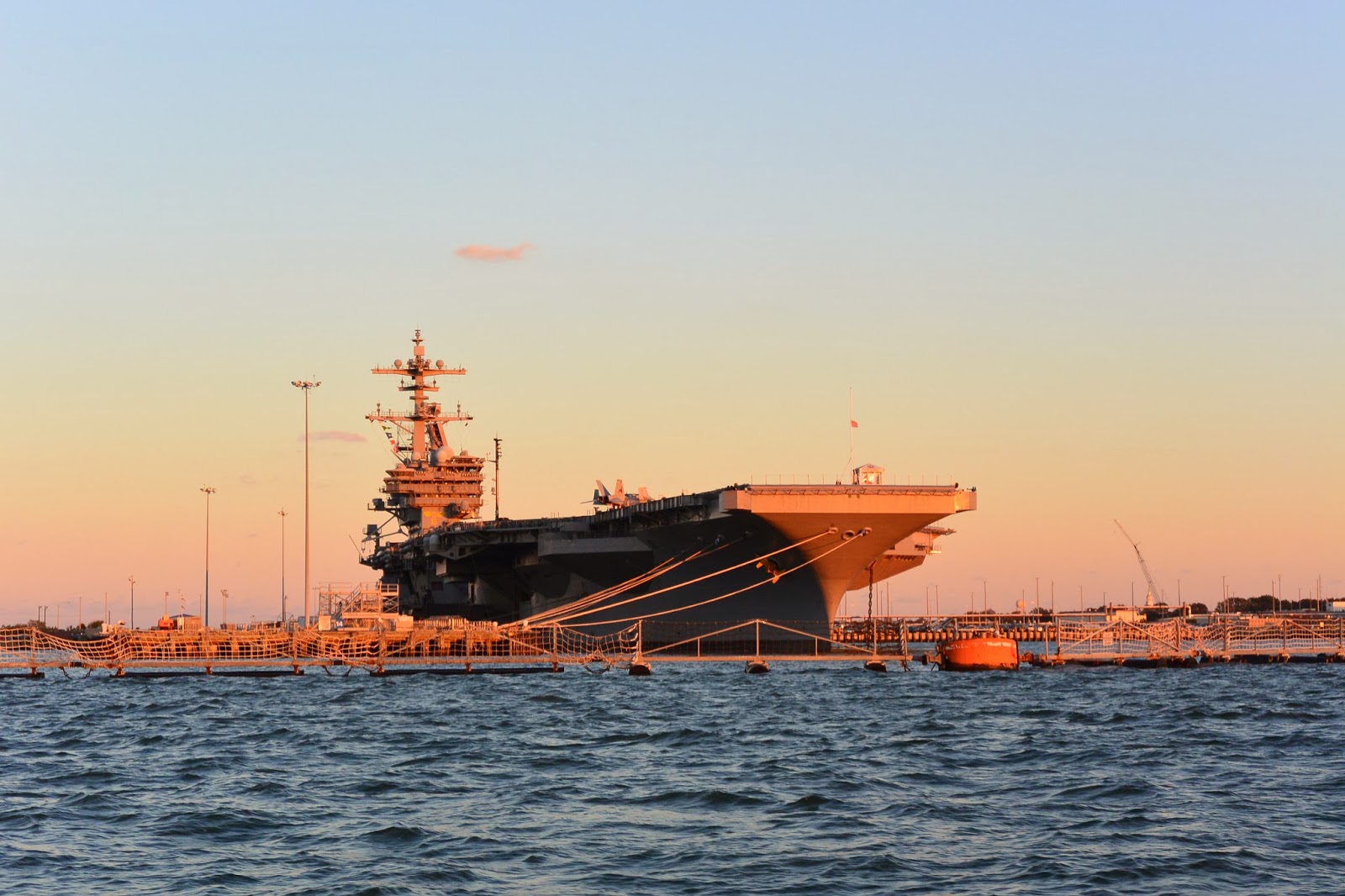 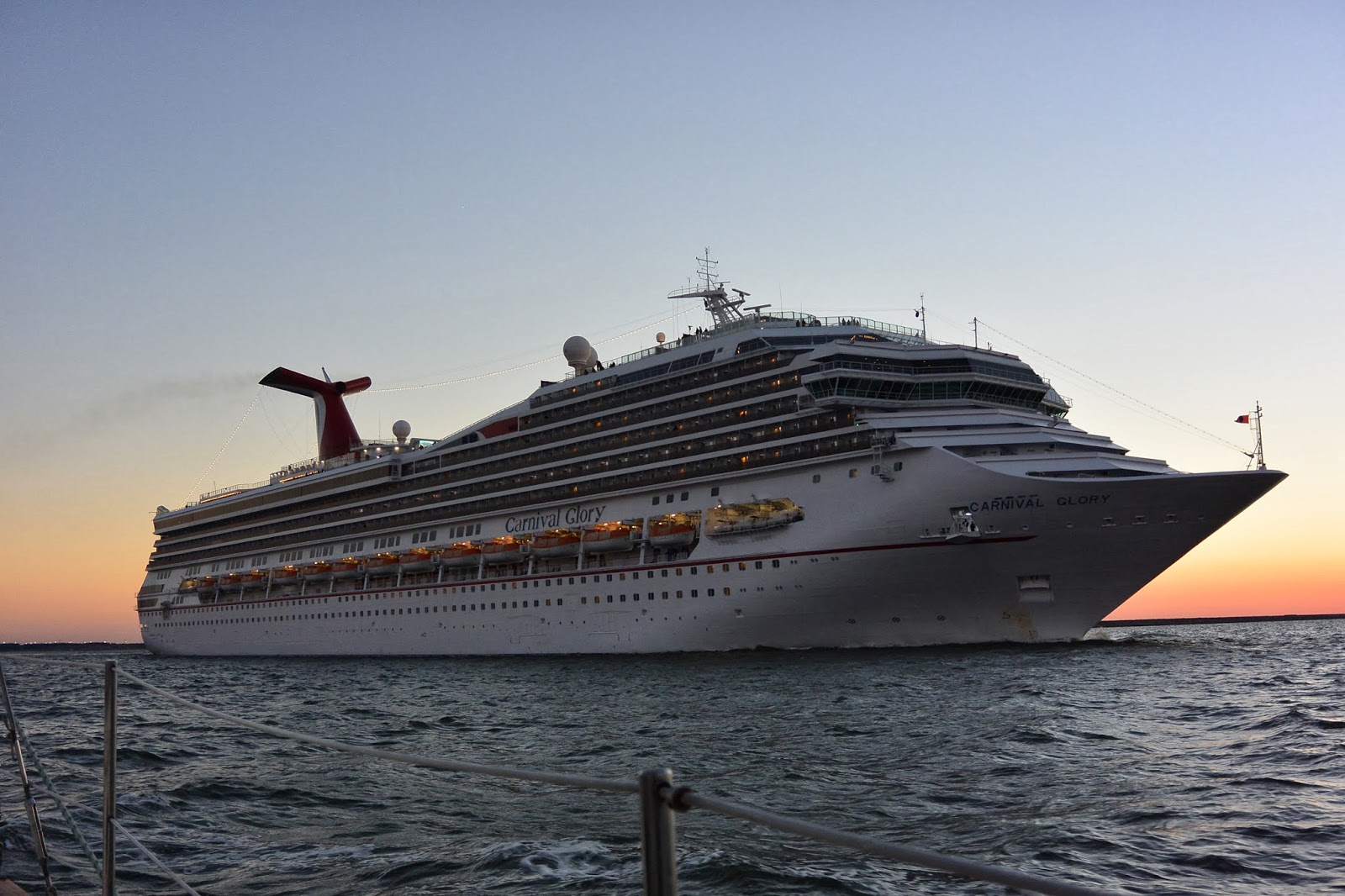 Tomorrow we'll be at mile 0 of the Intracoastal Waterway (ICW). After 623 nautical miles (717 real miles), we’ll be in northern Florida. So far we’ve travelled 303 miles in a week. We’re going to have to book it once we get into the ICW to make it to Boca Raton by November 15!
Posted by Unknown at 5:51 PM