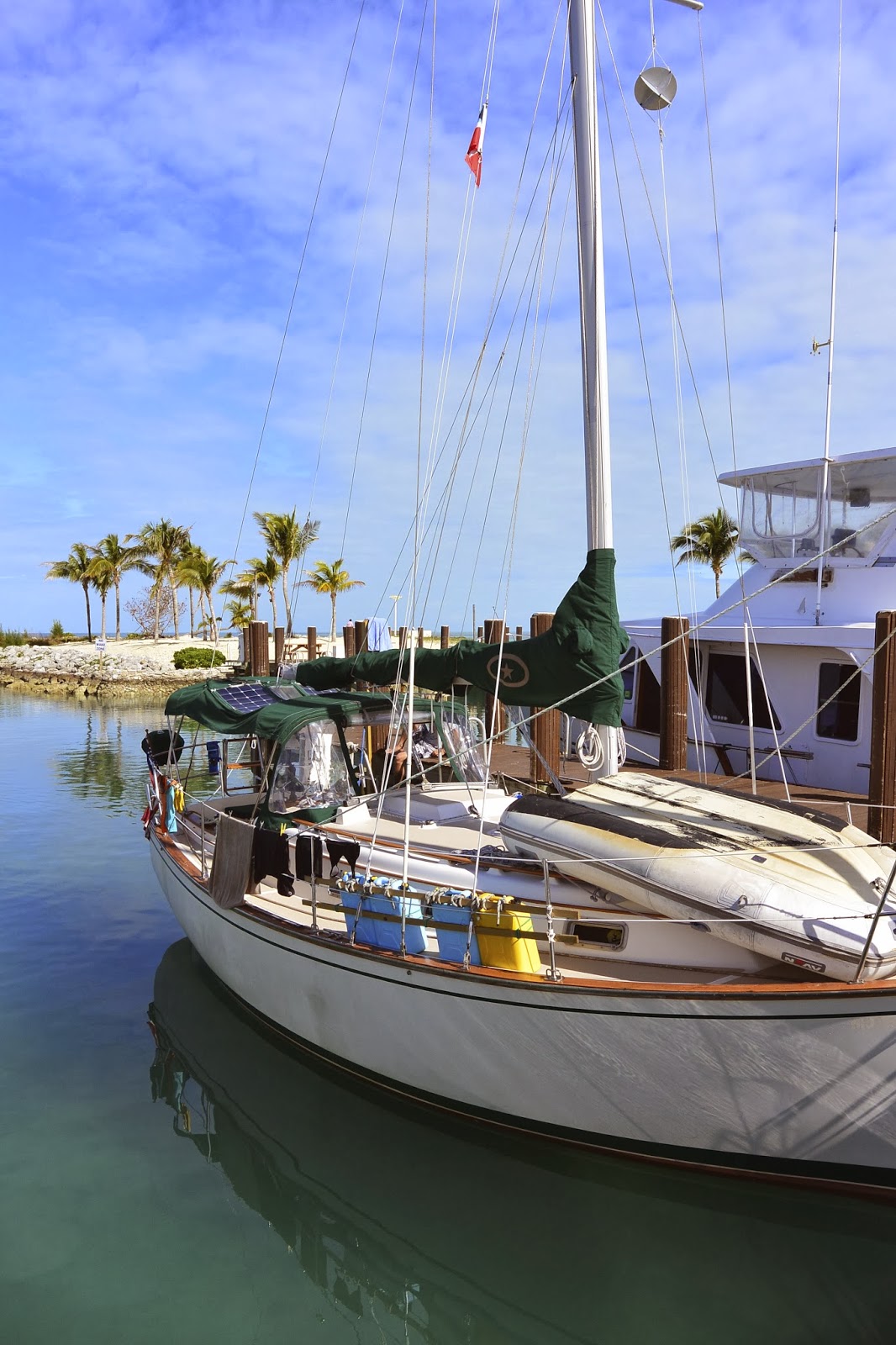 I’m typing this as Dana is in the process of whipping up a lobster paella with the lobster I speared this afternoon. This is Bahamas living!

Yesterday morning involved a rough 2:30 am wake-up. Along with Dana and I, our new friend Jarred and his friend Becka, who we met only briefly the day before, roused themselves from their bunks and we shoved off the dock at Las Olas Marina in Ft. Lauderdale at 3:20 am.

Our personalized weather forecast for the crossing to Grand Bahama Island indicated that winds would be calm in the morning and start increasing in velocity from the west during the day, but not to exceed 10 knots (12 mph). Seas were supposed to be less than 5 feet.

The weather forecast started correctly. We motored out of the Port Everglades inlet into the open Atlantic in almost no wind and light chop on the water. We motored with just one sail up until daybreak, when the winds were strong enough for sailing. We cut the engines and sailed the rest of the 75 nautical miles to West End. 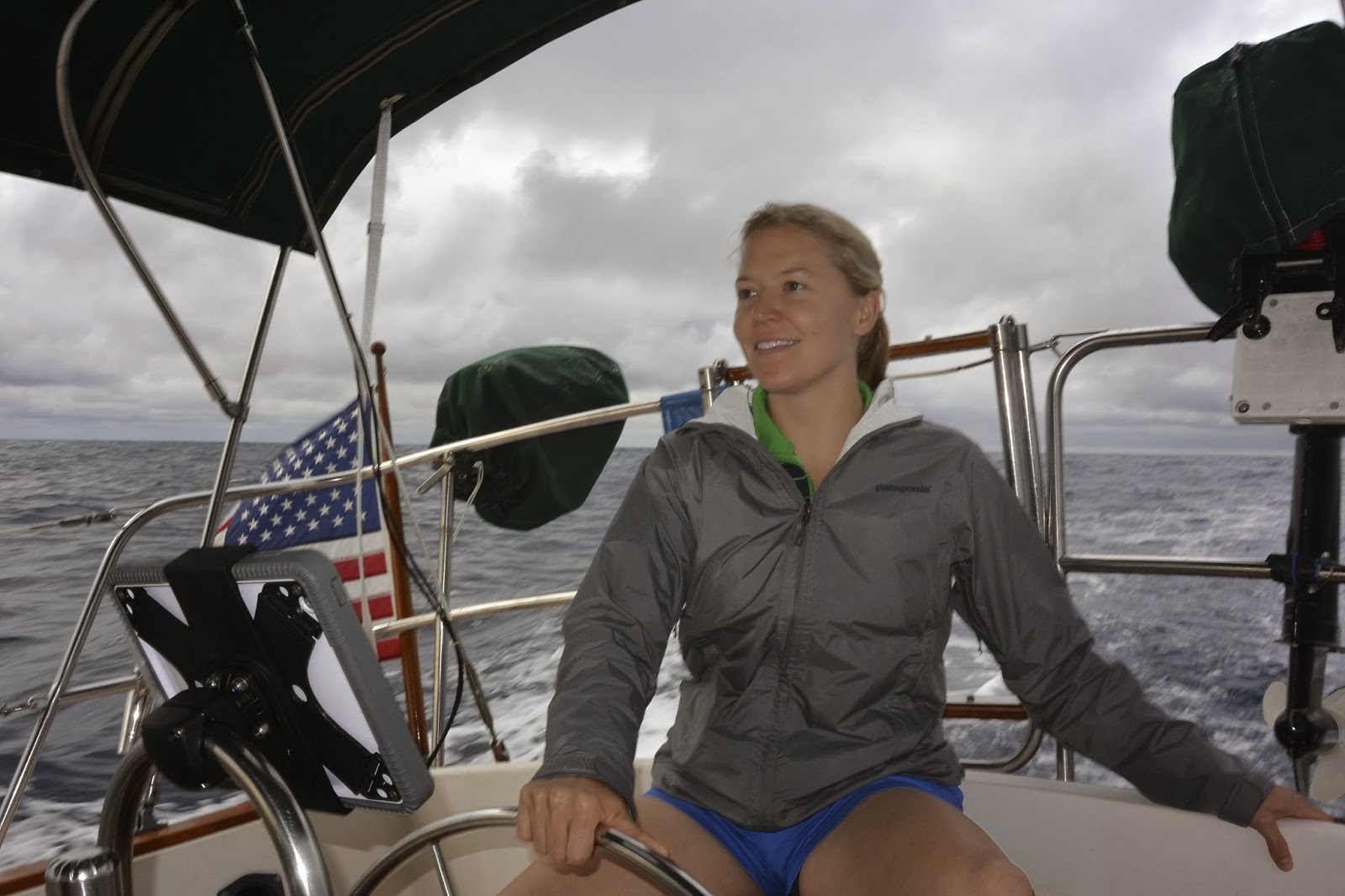 However, as seems to be the case for us, it’s never as easy as that. As we entered the gulf stream (basically a river of water running northward at several miles per hour about 45 miles wide), waves and wind started picking up. By midway through our crossing, we were encountering gusts of wind around 25 knots and the waves were as high as 7 feet. This tends to make for wet and uncomfortable sailing.

Lucky for us, both Jarred and Becka are accomplished sailors, having separately lived on board their own sailboats cruising around the U.S., Caribbean, and South America for years. While Dana and I were somewhat nervous, Jarred and Becka just chatted, smiled and commented on how impressed they were with Eventyr’s performance in the relatively heavy seas. 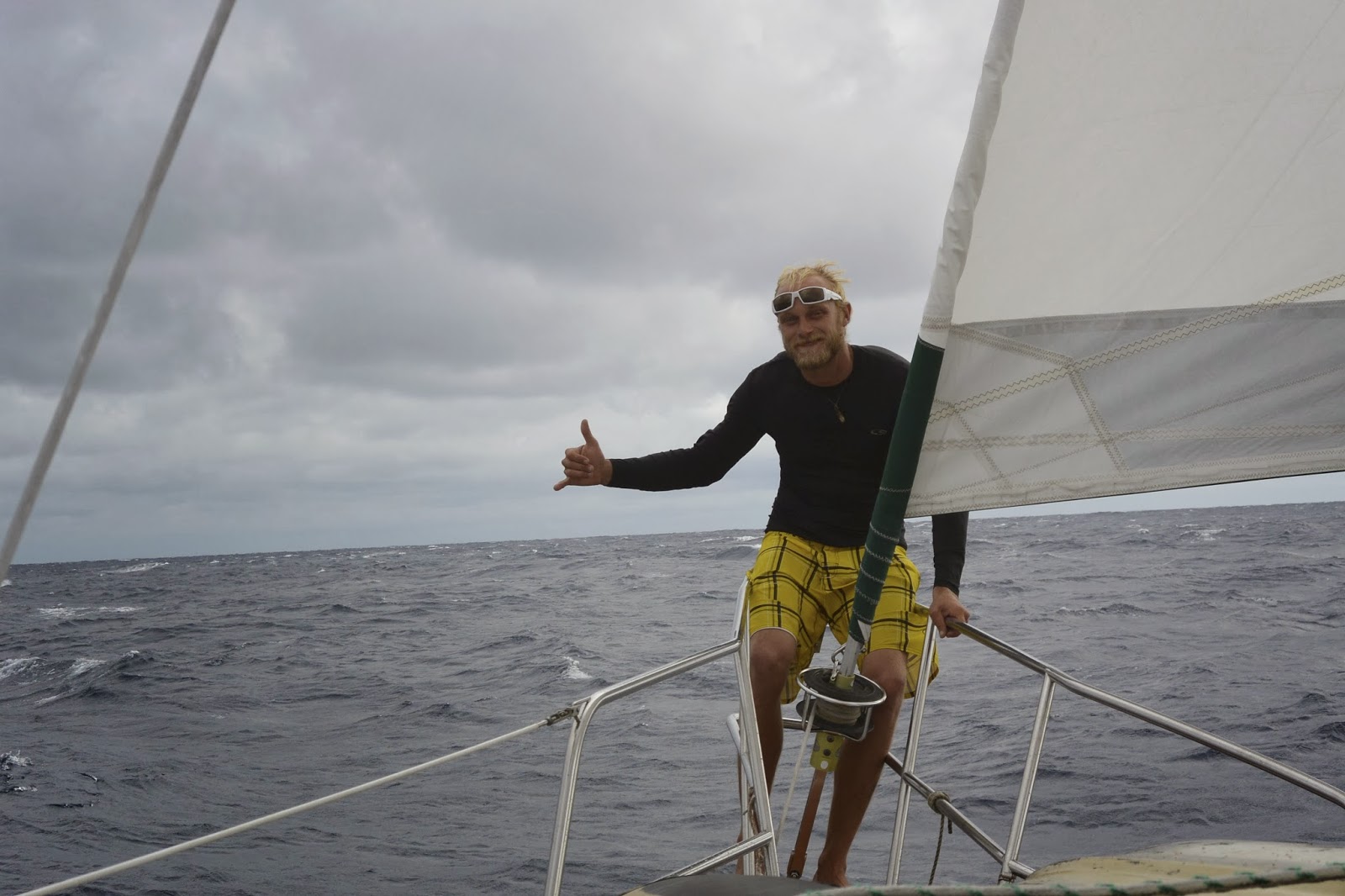 My favorite moment came when an especially large set of waves rolled in behind us, lifting us up, twisting us, and shooting us down the face. Becka was at the helm. She continued to eat her apple, steer with one hand, and push on with an interesting story about her time in Key West (or was it about when she hiked the entire Appalachian trail? I can’t remember because she has so many incredible stories from a life full of adventures). Meanwhile, the boat was heeled over almost 40 degrees (the most Dana and I ever felt comfortable pushing her over was about 20 degrees) and the GPS clocked our speed at 10.5 knots surfing down the wave (our previous fastest speed on Eventyr was 8 knots running our engine at full power with current and tide pushing us in the Delaware River)! Dana and I were white knuckled gripping the rail. Jarred or Becka seemed almost not to notice. This helps Dana and I feel much more comfortable in Eventyr and her capabilities (and ours). 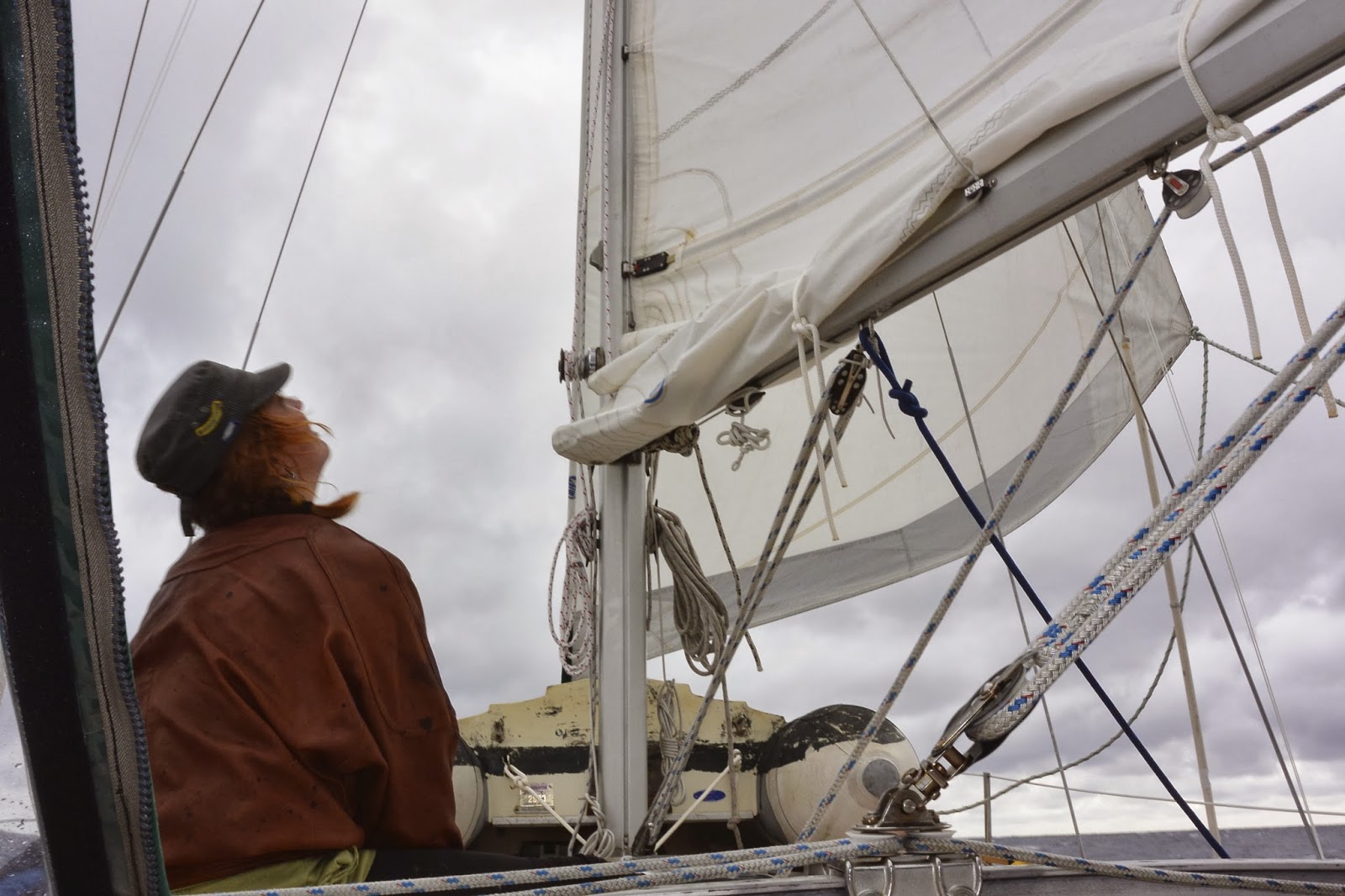 Yesterday’s adventure continued when we entered Old Bahama Bay Marina on Grand Bahama Island. We made it there in 11 hours, making amazing time. However, what remained was getting through a narrow gap between two rock jetties with 5-7 foot waves breaking on both sides. I took the helm, pointed Eventyr down the gut and surfed a wave in. Our mainsail was still up, because it would have been too dangerous to try to take it down in the waves off shore. We scrambled to lower the sail once we got in, pulled into our slip, and enjoyed a celebratory drink of rum.

After clearing through customs (yes folks, we’re in our first foreign country!), we went for a walk on the beach and enjoyed the beauty of Grand Bahama Island. We walked into the town of West End for dinner and met a ton of incredibly friendly Bahamians. We stopped in a bar patronized exclusively by locals that night, got some local Bahamian beer, struck up conversations with the patrons, and the owner even put the UConn/Florida basketball game on TV for me. We had an unbelievable dinner of fresh conch and lobster at a roadside take out establishment. That night, we went to bed exhausted and thoroughly pleased with the day. 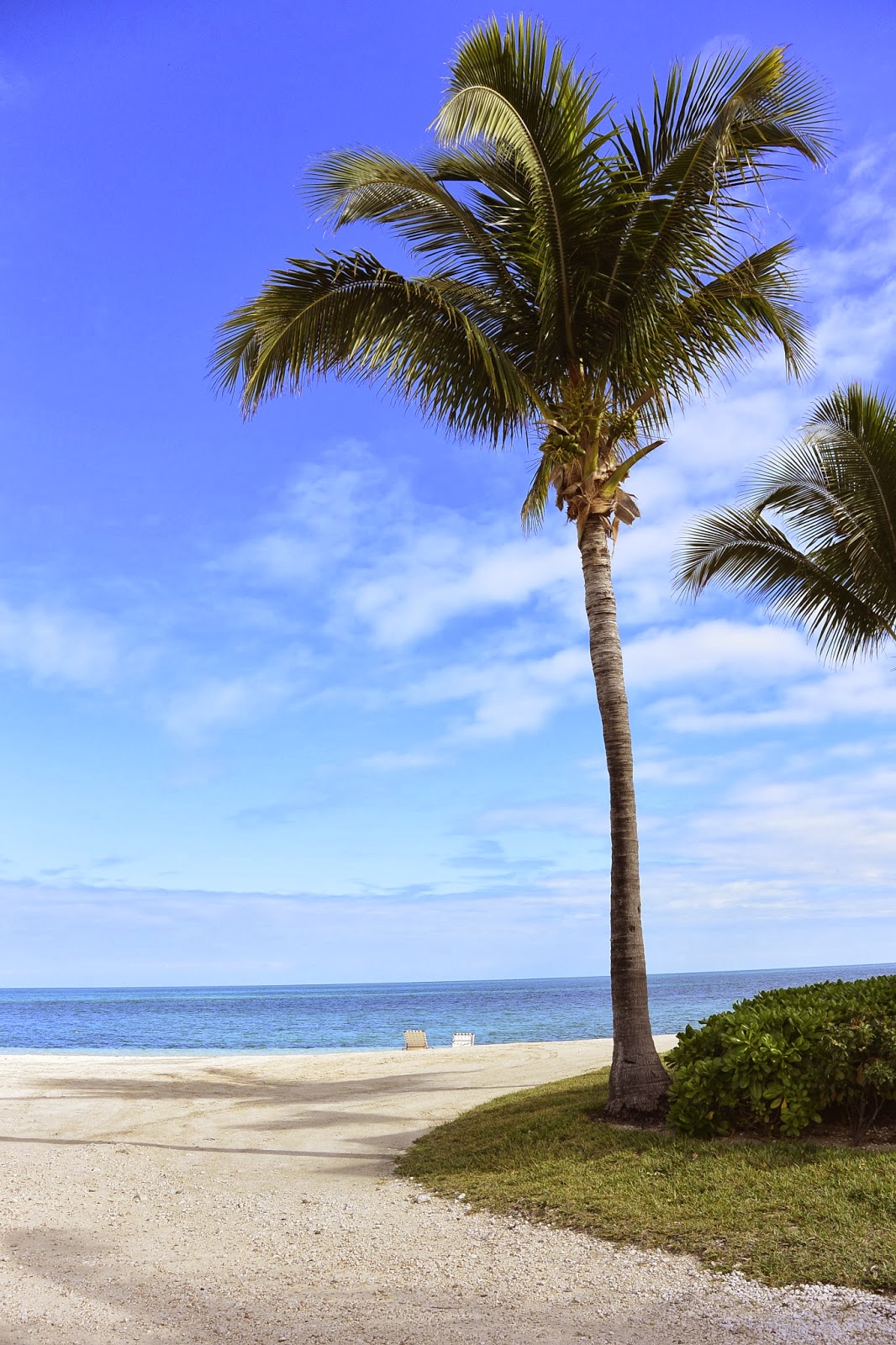 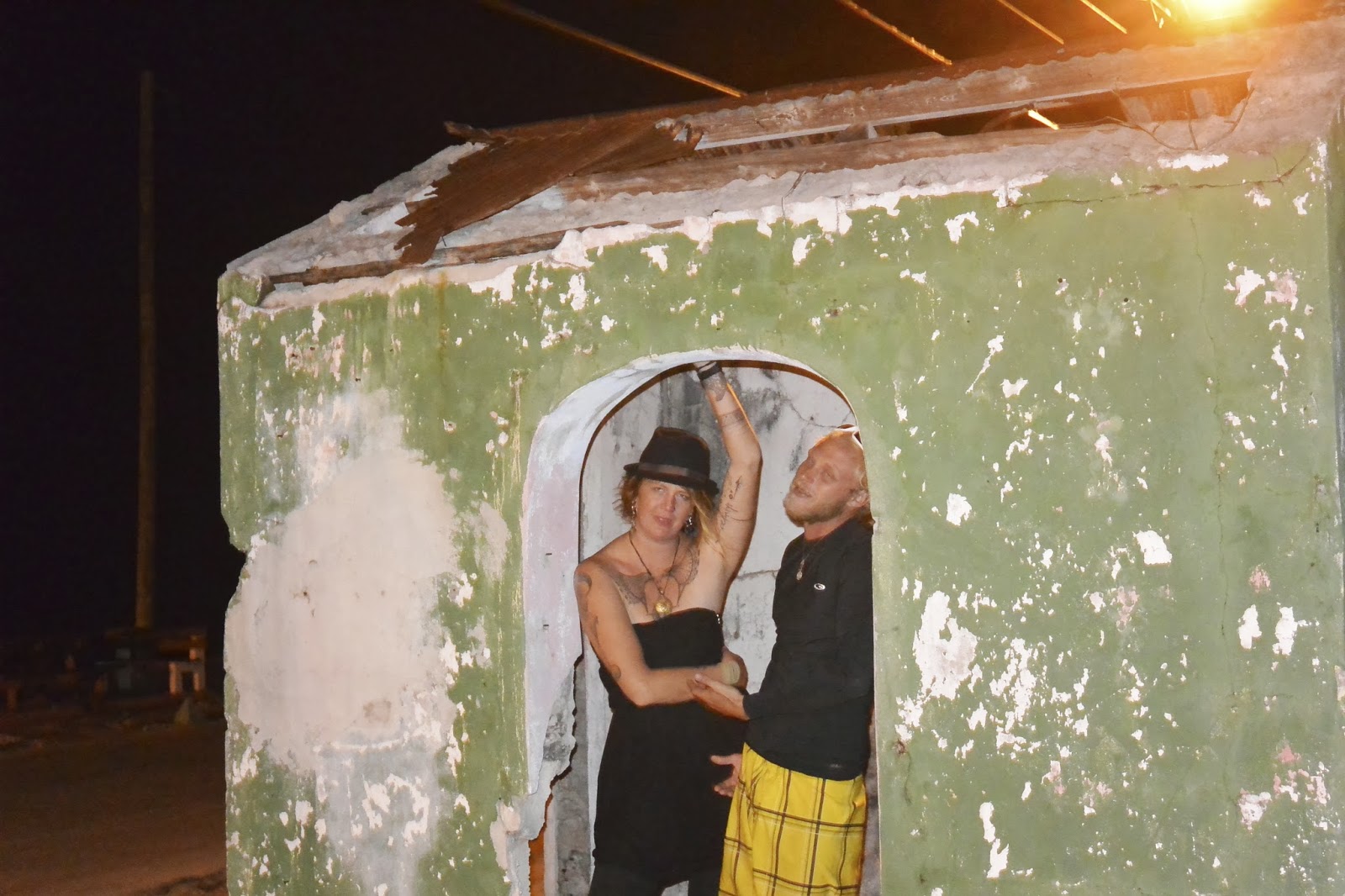 Today, we said goodbye to Jarred and Becka, who took a bus to Freeport where they’ll catch the ferry back to Florida. They were throwing tantrums having to leave. Before they left, we all had some snorkel time and Jarred speared a lobster with my Hawaiian sling, showing me how to find the lobsters and how to spear them. 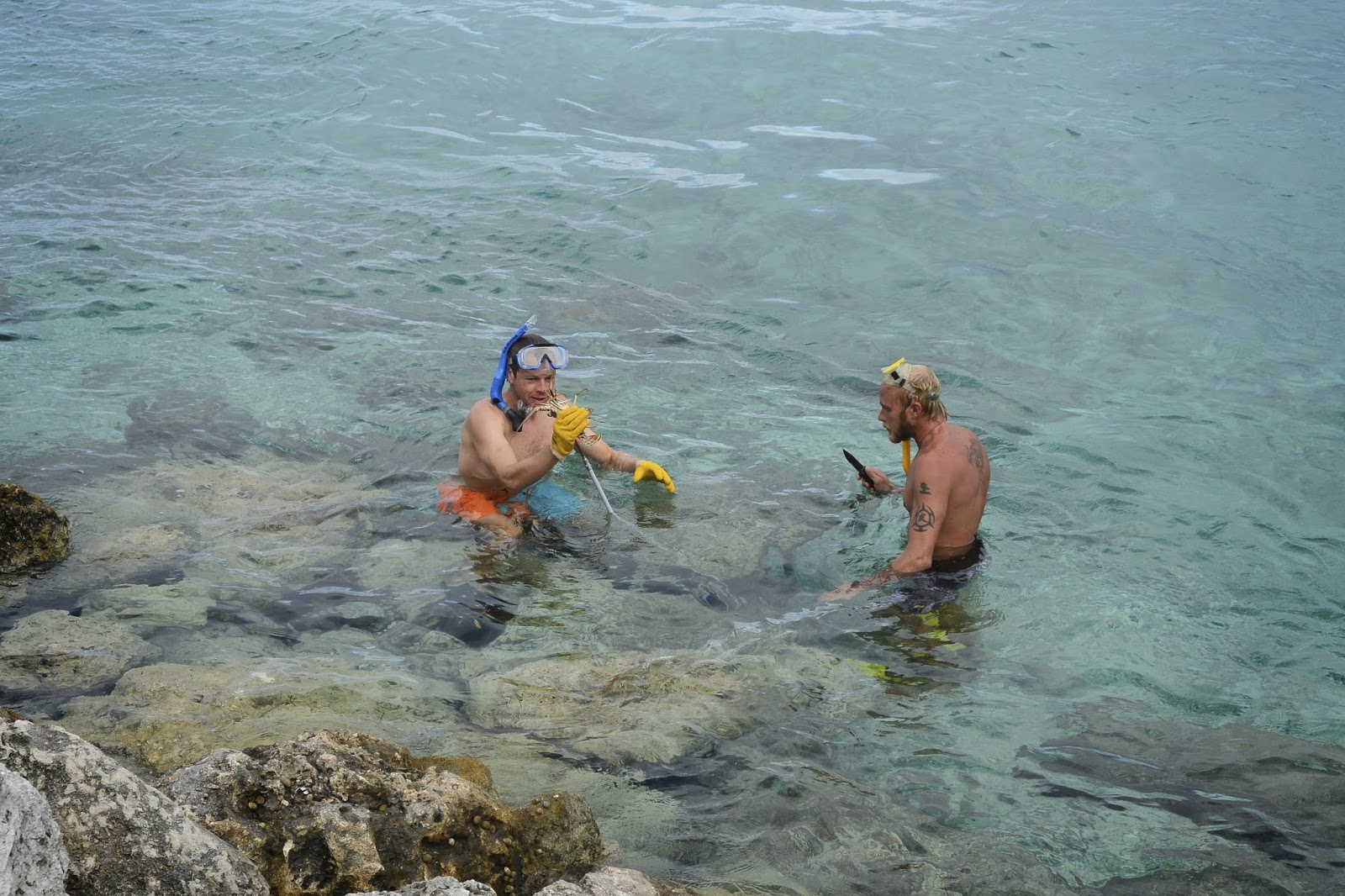 We had an awesome midday meal. 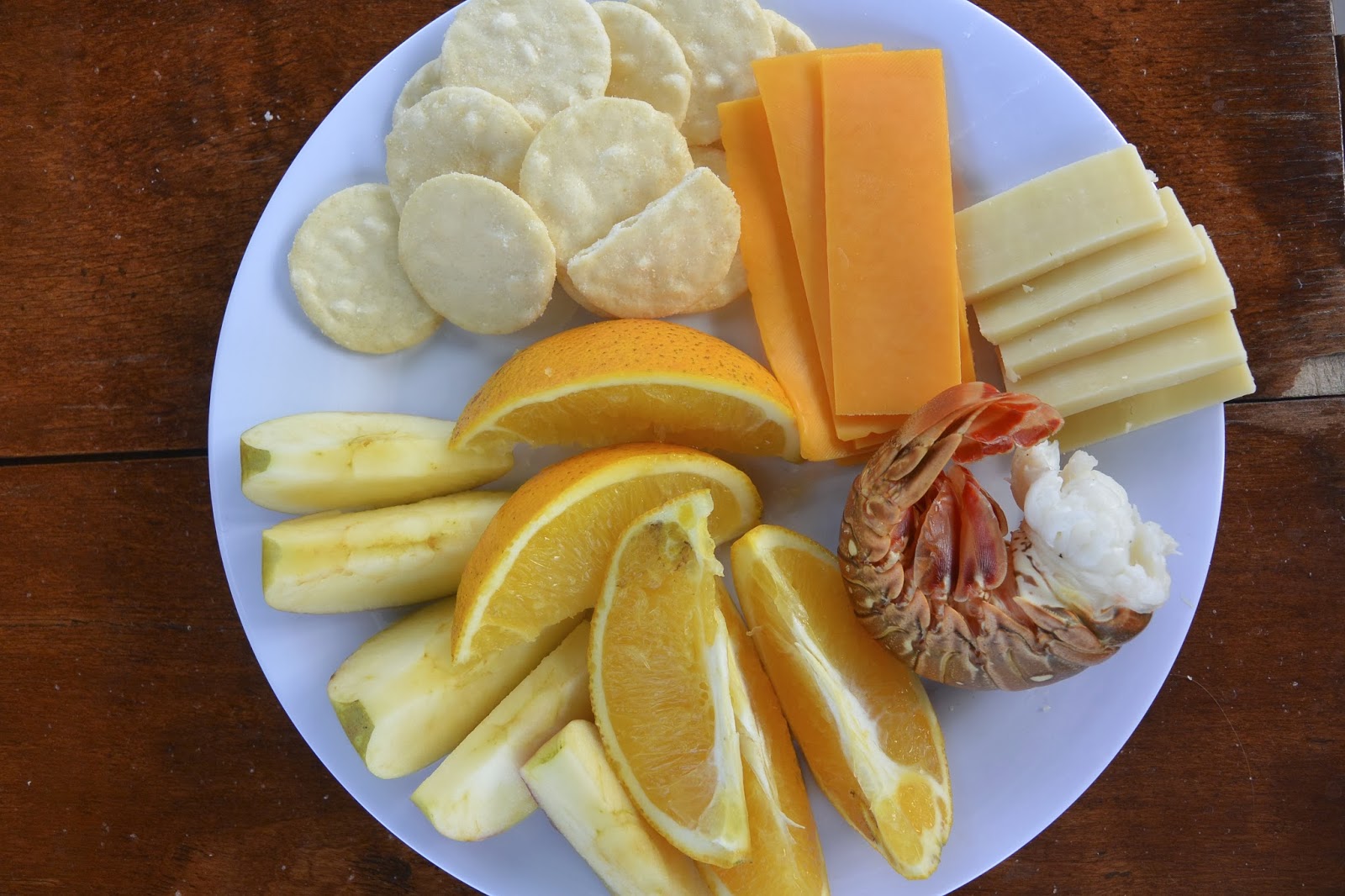 Later in the day, I went out on my own and speared my first lobster. I’m basically like Bear Grylls at this point :-). 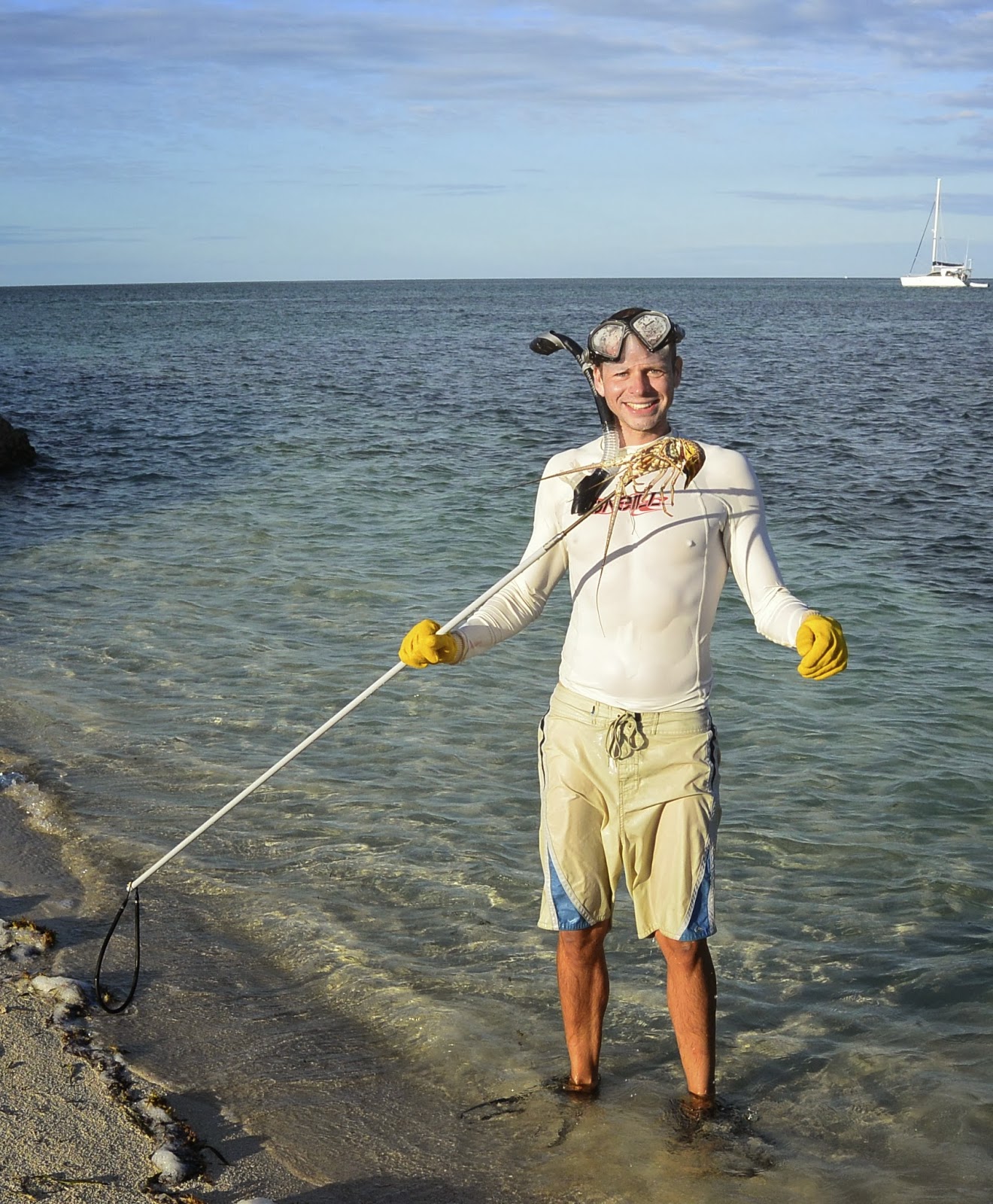 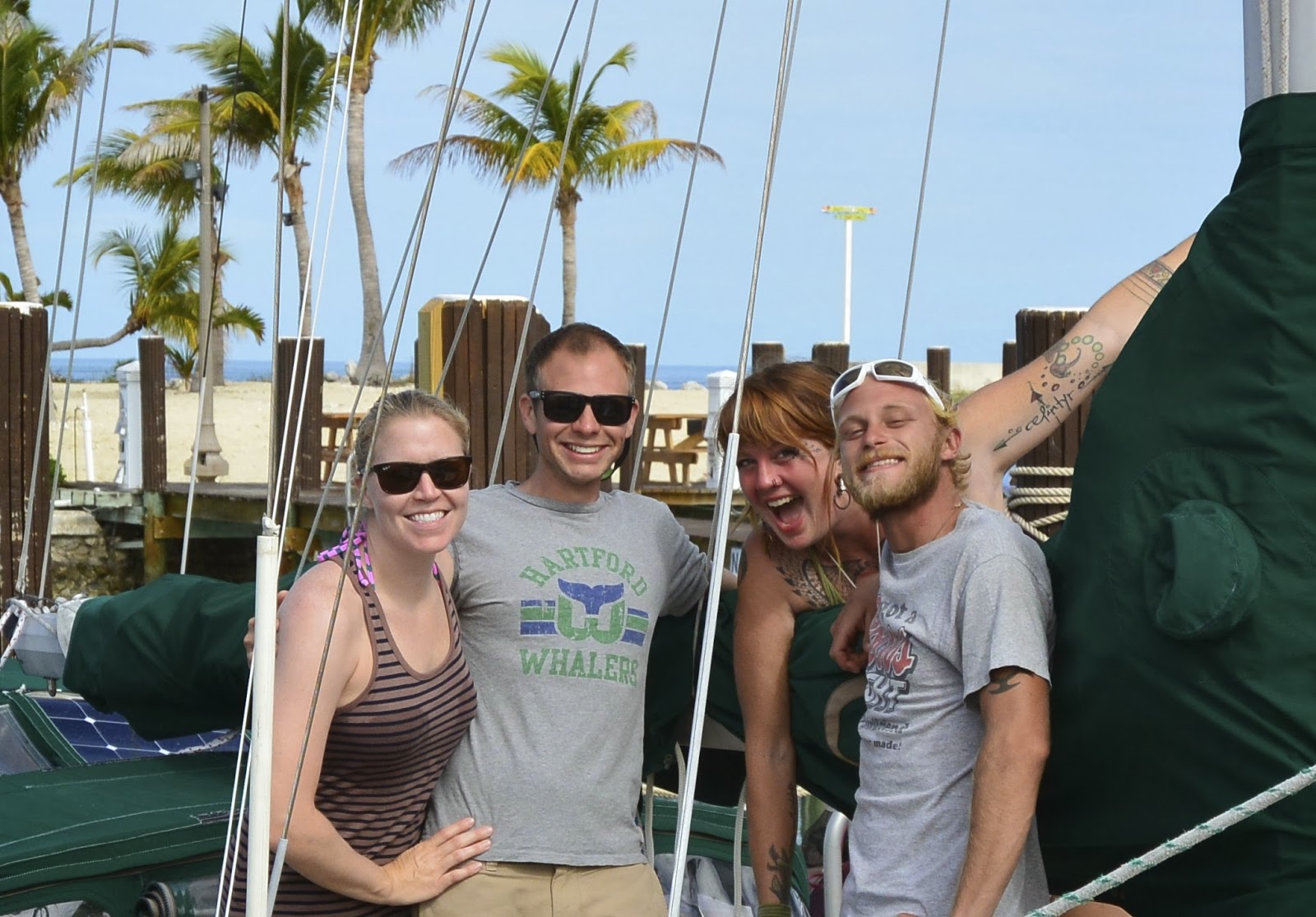 Not sure what our next adventure will bring. We plan to head to the Abacos (the northern islands of the Bahamas). Nothing is set in stone.
Posted by Unknown at 6:21 PM